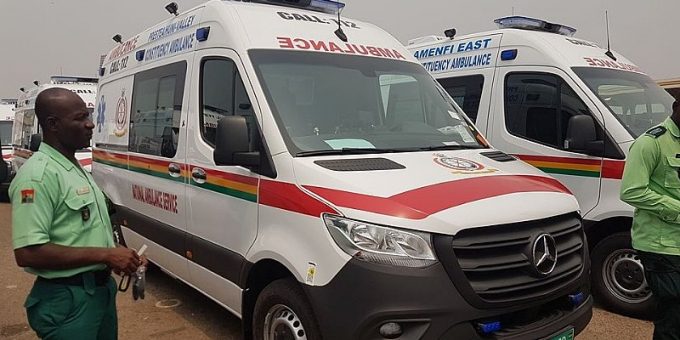 Mr Kwaku Agyeman-Manu, the Minister of Health on Tuesday cautioned Ministers, Members of Parliament and the Metropolitan, Municipal, and District Assemblies not to interfere in the management of the 307 ambulances deployed to the constituencies.

Rather, he tasked them, to collaborate with the National Ambulance Service (NAS) who are authorised to manage the ambulances by helping it to secure suitable places in every constituency for it to operate from.

The Health Minister stated during the commissioning of the Ambulances by President Nana Addo Dankwa Akufo-Addo in Accra.
The President has now given approval for the distribution of the ambulances procured under the government’s “One Constituency, One Ambulance” project.

Mr Agyeman-Manu said government wanted the Ambulance Service to work independently in administering its duties with the new ambulances without receiving external pressures from any persons in authority.

He said some constituencies had met the basic requirements of providing offices and residential accommodation for the NAS to pave way for easy operationalisation of the ambulances, however, others were behind in terms of their preparedness to receive the ambulances.

Only qualified and experienced medical technicians and drivers, he said, are authorised to drive and operate the ambulances.

The Minister gave an assurance that all efforts were going to be made to support the NAS to improve on the quality of pre-hospital emergency care services.

“We are not just providing ambulances but building a holistic emergency response system. It is in this regard that a unitary emergency number for all emergencies, thus ‘112’ will be launched by the President later,” he disclosed.

The Ministry of Special Development Initiatives, spearheaded the procurement of the ambulances under the “Infrastructure for Poverty Eradication Programme”.

Madam Mavis Hawa Koomson, the Sector Minister said the project was funded through the “One Million Dollars per Constituency” initiative.

She urged the National Ambulance Service to utilise the ambulances well and maintain them properly to prolong their usefulness to the populace.

Professor Ahmed Nuhu Zakariah, the Chief Executive Officer of the National Ambulance Service, speaking about the history of Ambulance Stations, said the NAS started with a pilot phase of seven stations in three regions from 2004 to 2005.

In 2006, it moved into full scale operations with additional 12 stations increasing the number to 19 stations in five regions.

The National Ambulance Service, he said, was going to add 145 new stations to the existing 132 stations this year.

Prof. Zakariah said the 307 ambulances had been equipped with state-of-the-art support devices to facilitate a quick and comfortable transfer of patients.

Prof. Zakariah noted that tracking devices had been installed in the ambulances to track their movements.

He advised individuals in emergency situations to call the ‘112’ emergency line or send alert on the Ghana Post GPS App for a reliable accessibility of service and aid.

Be careful when hosting strangers – Ghanaians cautioned amid terrorism threats

Farmers Cautioned Against Use Of Contaminated Wastewater