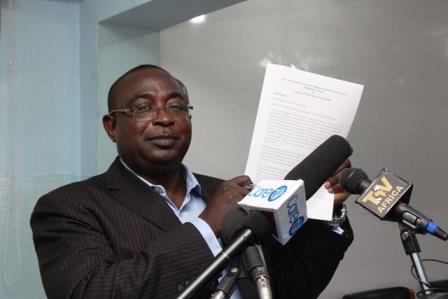 The Centre referred to direct political influence by the Executive, poor funding, lack of power to prosecute cases and deficits in roles of the three arms of government as factors severely undermining the anti-graft bodies? ability to deliver on their mandate.

Mr Augustine Niber, Executive Director of CEPIL told journalists at a news briefing that Ghana has passed copious laws designed to combat corruption and economic crimes while state institutions and agencies have also been established to implement and enforce the laws.

However, he said the enforcement of the mechanisms has been appalling owing to organisational inadequacies, a phenomenon blamed on insufficient budgetary allocation, direct influence of government over appointments of persons to head the institutions.

He said the Economic and Organised Crime Office (EOCO), Commission for Human Rights and Administrative Justice (CHRAJ) and the Public Accounts Committee of parliament, must be restructured and retooled to enable them investigate and prosecute corruption cases.

He observed that financial constraints have inhibited the CHRAJ and EOCO?s ability to put up offices in all parts of the country, recruit and train competent staff for effective prosecution of their mandate.

He also said the power granted to the President by section 195 of the Constitution to head key institutions like the EOCO and CHRAJ is frustrating commitment of appointees to fight corruption.

?There is the tendency that the President may choose a crony or a person who is sympathetic to the course of his/her party and not necessarily because the person is competent for the job cannot be ruled out,? he said.

He noted that the situation might compromise the person?s ability to hold the president or the appointees or party faithful to account for any acts of corruption being perpetuated.

?There should be reforms and restructuring of these anti-corruption institutions to make them appear more independent of executive influence,? Mr Niber said.