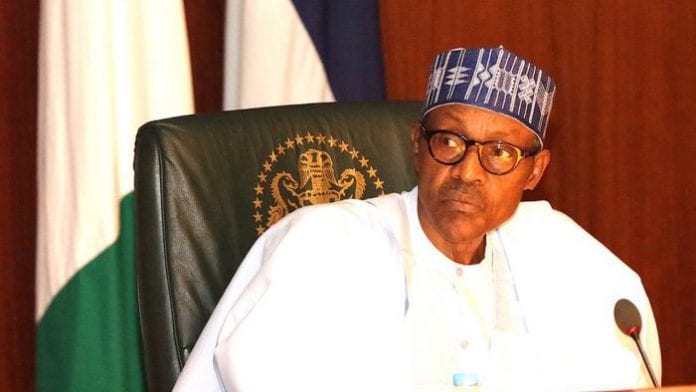 I do not know how to describe President Muhammadu Buhari as a very successful leader of Nigeria. I am short of words to describe him as the most successful President in the history of Nigeria, successful in the full meaning of the word. Some of the past leaders sincerely tried their best. I think success may be a relative abstraction, just like it is said that beauty is in the eyes of the beholder. Even in measuring success in personal pursuit, contentment is seen as a natural yardstick.

Many but very similar definitions by different lexicons including the business one have been traced. Simply, success is the accomplishment of an aim or purpose, for instance: “the president had some success in restoring confidence”. Another source defines it as the status of having achieved and accomplished an aim or objective. Being successful in this connection, therefore, means the achievement of desired visions and planned goals. Success can also mean completing an objective or reaching a goal. It can be expanded to encompass an entire project or be restricted to a single component of a project or task. It can be achieved within the workplace or in an individual’s personal life.

But for Buhari, it can be an understatement to declare that he is fulfilling a life dream or accomplishing set goals for Nigeria because if not for the “unkind” legislature that was crafted from him, this country would have passed the stage it scrambles for today. Nigeria would have stabilized in the last three and half years. But God knows why some members of the National Assembly are what they are, making all efforts to frustrate Nigeria’s development under Buhari. God’s time is the best for everything that happens.

So for me, Buhari is a lion whose enemies shiver even while he sleeps. Since he took over the leadership of Nigeria on May 29, 2015, Nigeria’s enemies have not been at rest. Some of the enemies have taken Buhari as personal enemy under the guise of fighting for Nigeria. Every animal sees the lion as an enemy. But does the lion care which animal takes him so? He defeats whichever animal confronts him or goes free even when surrounded by his foes. His roar alone is a warning to the very cautious co-inhabitants and a threat to the die-hard unrepentant marauders. And when he steps out to announce his presence or assert his dominance in his territory, who dares stand against him?

A lion-hearted patriot who has studied Nigeria and Nigerians and has utilized his wisdom and God’s favour to flounder through the dangerous landscape artistically fashioned for the country by anti-democratic forces masquerading under different guises, Buhari is out to parley with the citizens of Nigeria on what they what him to do for them in the next four years. That is basically his campaign manifesto for 2019. He has made remarkable positive change in governance and development. Every action he takes is a blow to the enemies. His steps are bold, calculated and daring. The lion does not make any step that fails. He targets and succeeds except peradventure destiny overpowers him. I think Buhari’s name is called or remembered daily by Nigerians more than saints.

A lot of informed and uninformed opinions are trending in the social media on this unruffled, uncommon and unprecedented president of Nigeria, a president who Nigeria had never had. While many are very sincere in their opinions, some are just being the other side of human configuration. Buhari is definitely hated by Nigeria’s enemies, but he has been extremely tolerant amidst the rule of law. The enemies abuse and even curse him, but he prays for them to have a change of mind and join hands in the rebuilding of Nigeria. All Buhari’s enemies know him, but he does not know all of them, thus he cannot come low to assume enmity for who is unknown to him. For one who does not assume enmity for people, God sees his enemies and protects me from all their evil plans.

A friend forwarded to me a very interesting statement from one Ditan Okukpe who proclaimed that whether it is Lincoln or Mandela, five traits every great president of the world has had are: no self interest, impeccable character, sincere love to the people, ability to make tough decisions and international appeal. He concluded by asserting that: “The issue isn’t that PMB has all, the real issue is that Atiku has none. Buhari has no other interest in Nigerian politics than to repair it; to repair Nigeria, her politics and politicians.

Buhari’s love for Nigerians can be gauged by his severe opposition to waste and squalor and his defiant doggedness to capital and human resources development. In addition, it can also be gauged by the intoxicating love the masses have for him. In reality, only the masses can justify the success of a leader, not the privileged elite or bourgeois. Buhari’s tough decisions are forcing development down to the masses which is the actual cause of his success. More tough decisions are required to crush Nigeria’s enemies. And at the international level, Buhari is a hero.

Another patriot, one Ayekooto Akindele captivated me with a brief narration of how Buhari has been hunted by Nigeria’s enemies. They removed him from power in 1985 without knowing that he will ever come back to power, otherwise they would have killed him like they did to his second in-command, Tunde Idiagbon. They watched as Buhari entered the Nigerian horrendous politics, evidently predicting woes for him. They are sure of his integrity, honesty and large-heartedness which are lacking in Nigerian politicians. So, they plotted against him as he contested for the president of Nigeria through a decade and two years, a long period that would have frustrated and put him out of politics.

They thought Buhari’s political ambition would remain a lifetime joke until 2014 when they began to feel the reality in his pursuit. They suddenly realized he was unstoppable. They organized assassins to kill him in Kaduna where he based, though he is from Katsina state. He defeated them by destiny. Shortly after taking over Aso Rock villa as the democratic leader of Nigeria, they poisoned him with full assurance that he will not survive. To them, he was dead with the poison. Buhari defeated them again by destiny. Still more confused than ever about him and his destiny, they resulted to calling him Jibril from Sudan. And more confused they will remain till 2023 when Nigeria would have, under him, built strong institutions that will finally nail the nation’s enemies. God is in control.

All animals of the jungle have different nomenclatures for the lion. In local folklores, they gather and plan but fail to control or kill the lion. The Igbo say that “Ebube agu na edu agu”, meaning that the spirit of the lion leads it. The spirit of the lion does terrible things to his enemies. The elephant is the biggest, the giraffe is the tallest, the fox is the wisest and the cheetah is the fastest. The lion has none of the above in abundance, yet it is the king of the jungle. Why? He is courageous, bold and move majestically with confidence. He never entertains fears and he believes in risk taking, trials and focus.

Therefore, no gathering of little dwellers of the jungle can undo the lion. Even the plans by the gathering of huge animals like the elephants and other cunning ones like the foxes can defeat the lion. If it was possible for man to fight destiny, Buhari’s enemies would not relent. But a life that is in the hands of the Incomprehensible Being! A lion that is guided by a special spirit! A lion with gentle soul, yet feared by all those who flout the laws of the jungle.

Whether the lion steps out to announce his presence or not, his presence within a territory is enough scarecrows to his co-inhabitants. The careful ones tread with care or cooperate with the authority of his territory. But the foolish, greedy and frustrated ones keep their character until they are consumed. Like the Igbo people say: “Onye akpala agu aka n’odu, ma odi ndu ma onwuru anyu”, meaning no one should ever touch the lion by his tail whether alive or dead. I have said it to the Nigerian enemies. The lion will defeat them anytime unless they repent and join hands in the (re)building of a Nigeria for all her citizens.