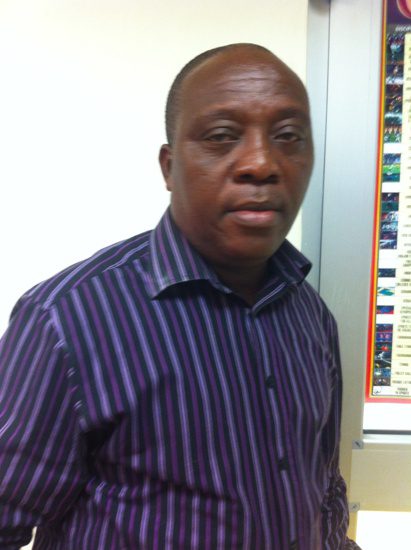 Ashantigold are hoping to convince chief executive Kudjoe Fianoo to reconsider his decision to quit the club after 10-years.

Fianoo, an Executive Committee member of the Ghana FA, has confirmed he will leave the post after leading the miners to clinch their first Premier League crown in 19-years.

But the club?s board has initiated moves to tie him down to another contract despite his desire to quit the club.

?Yes Mr. Fianoo contemplated resigning in the first half of the just-ended season due to perhaps certain frustrations he was going through as regards the direction of the club?, club?s spokesman Kofi Yawson told Kumasi-based Nhyira FM

?As a human being, one could feel the emotional pain he was going through coupled with the kind of verbal invective directed at him by sections of our supporters due to certain wrong perceptions on their part.

?Together with us, he has built a legacy and so we have told him that he needs to leave another legacy at the club and that is to concertedly strive to redeem Ghana?s faltering performances in CAF?s Inter-Club competitions aimed at helping to restore Ghana?s lost slot in these competitions and so we in Management believe that he would reconsider his decision to accomplish this unfinished business as we are poised to lift the flag of Ghana high.?

Ashantigold take on Asante Kotoko in an Otumfuo Challenge Cup match at the Baba Yara Sports Stadium on Sunday September 20.