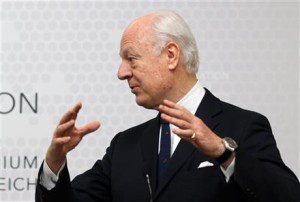 Staffan de Mistura says he met with Assad recently and ?will continue having very important discussions with him because he is part also of the solution.?

The violence has claimed more than 220,000 lives, according to United Nations estimates.