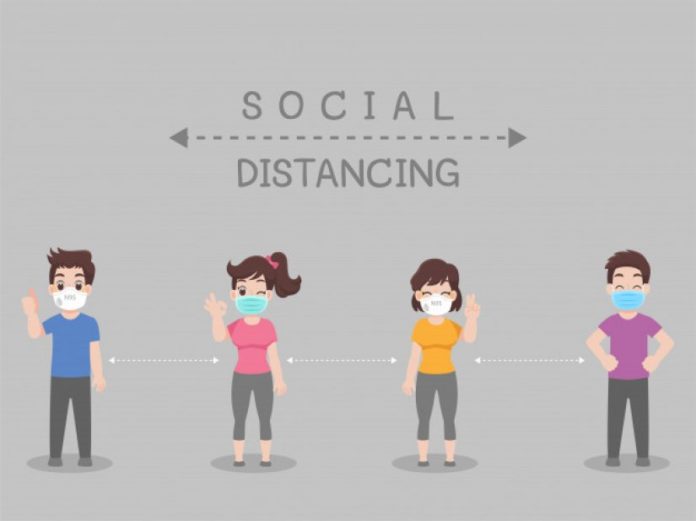 Customers of various banks within the Ashaiman Municipality on Monday defied the social distancing protocols as they queued to transact business, the first day after the partial lockdown.

The Ghana News Agency observed that many customers had thronged the banks after the three week partial lockdown was lifted by President Nana Addo Dankwa Akufo Addo.

Some of the banks visited were the Consolidated Ghana Bank, National Investment Bank(NIB), Access Bank and the GCB.

Mr. Joseph Etse Ashigbui, a retired engineer, who had come for his pension stipend, hinted that he would not go home until he was served.

He noted that he was unable to withdraw his money last week due to the partilalock down.

According to Mr. Ashigbui, the bank officials must put measures in place to ensure that customers adhered to the laid down protocol to prevent the spread of COVID-19, saying the officials must provide canopies with spacing marking at the forecourt of the banks for customers.

Some of the Bank officials who spoke on condition of anonymity, revealed that the customers had trooped in because the ban on movements had just been lifted adding that the situation would be normalized as the days go by.

The GNA however observed that some of the customers wore the face mask whilst others did not, also most banks had the thermometer gun to check temperature of customers before allowing them into the banking halls.

Veronica baskets and alcohol based sanitizers were also available.

Meanwhile, the heavy military and police presence in Ashaiman during the lockdown were missing on Monday with no barrier in sight.

The Ashaiman main and other markets that were shut down due to the failure of traders to observe social distancing during the lockdown remained closed as trading continued at the various satellite markets created by the Ashaiman Municipal Assembly.

A number of people were seen cleaning their shops to start selling after three weeks of partial lock down.

Madam Vida Amponsah, an orange seller said leadership of the markets had decided they would operate a shift system when they relocate to their selling points to ensure social distancing.