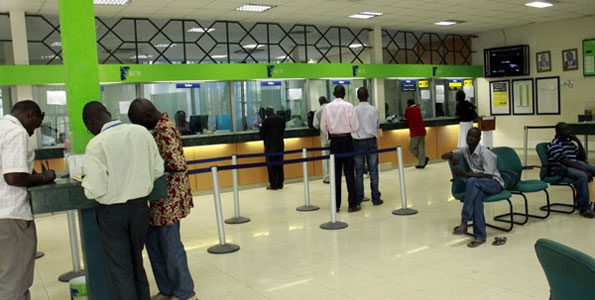 Nigerian lenders are strategising on a combination of options such as the Central Bank of Nigeria (CBN)?s overnight borrowing, Standing Lending Facility, (SLF) in addition to structural changes to improve their balance sheets, as the Treasury Single Account (TSA) has quarantined about N1.2 trillion from the system, BusinessDay investigations have revealed.

This is with a view to getting the major share of the N12.2trillion private sector funds in the system.

Some of the banks are considering structural changes to improve on their deposit mobilisation strategies under new business models that significantly less dependent on collections on behalf of Ministries, Department and Agencies (MDAs) being the major sources of revenue in the past.

Sources close to the CBN told BusinessDay last night, that CBN is determined to ensure that TSA implementation would not further worsen the liquidity situation, as it is considering extending the overnight tenor to 360 days, besides the easing of CRR, which some analysts recommend to be reduced to 23 percent.

According to CBN data, as at June, 2015, total deposits, including demand, time and savings in the financial system was N13.5 trillion, with private the sector accounting for 90.7 percent, or N12.2 trillion and public sector, 9.3 percent or N1.2 trillion

?Nigeria?s CRR at 31 percent is probably the highest globally, and it is not surprising that interbank rates have often touched 100 percent levels overnight this year. We therefore think now that TSA has been implemented, there is justifiable reason for the MPC to look into easing the CRR or remunerating the banks, so that the system does not risk a liquidity crisis. On another note, we expect TSA implementation to lead to a number of things,? says Renaissance Capital, Rencap?s Adesoji Solanke, in a note released yesterday.

Indeed, analysts at the investment banking outfit believe that part of CBN?s commitment to financial sector stability will be the easing of the CRR from 31 to 23 percent at next week?s Monetary Policy Committee (MPC) meeting.

The analysts see ?the TSA implementation leading to structural changes in how Nigerian banks mobilise deposits going forward. This underlines the point that business models that are quite dependent MDA collections need to be reviewed as appropriate, and fine-tuned to deal with extant realities.?

They see the current implementation of the policy leading to banks? ?Smaller balance sheets or weaker growth in 3Q15, higher securities yields, as banks sell off securities to meet this deadline today. This could however be moderated over time as CRR potentially gets eased. Banks that fail to realise the need to speedily re-align their cost structures in line with extant structural realities/changes will become less profitable operations over time.?

The implication for banks is that high securities yields imply that credit growth would remain weak near term, as environment, liquidity and capital strength are key determinants of the buffer levels of any bank to shield itself from systemic shocks that arise from the multiple regulatory changes.

Interbank rates have averaged 19.2 percent in 2015, with O/N hovering between 7.333 percent as at September 11 and 6.708 percent on September 14, 2015. But as at yesterday, overnight rate had jumped to about 90 percent. This development portends that lending rates would move up as the banks would push the high cost of funds to customers.

?The Overnight rate traded 6.71 percent intraday and closed around 6.92 percent on 14 September. The Open Buy Back (OBB) was 6.33 percent. The inter-bank market liquidity is expected to reduce significantly, largely due to TSA implementation, and might influence market direction,? say Ecobank analysts in their daily note for September 15, 2015, released yesterday.

BusinessDay also gathered that NIBOR had been relatively steady in recent weeks, due to suspension of the Open Market Operations, (OMO) policy where the CBN either reduces or inject funds into the system through the sale or purchase of Treasury Bills to the banks. Also relaxed, is the requirement for banks to provide 100 percent naira cover for foreign exchange purchases ahead of time.

NIBOR is an interest rate used among banks to lend each other money, ranging from spot to six months tenor, and it?s considered a useful proxy for liquidity in the Nigerian credit markets.

?Banks are feeling the pinch of the implementation of the Treasury Single Account (TSA) which started on Monday, as large sums of public funds were quarantined in the CBN?s account. My bank lost about N50 billion and you can imagine what banks like Firstbank, Zenith and GTB would have lost,? Treasury manager with a second tier bank told BusinessDay yesterday.

Usoro Essien, Research Department Greenwich Trust limited said,?We expect banks will need to change their business models to cater for the retail segment of the economy. This will also expand the country?s financial inclusion.?

Stanley Lawson, a member of the Monetary Policy Committee, (MPC) in his contributions at the recent MPC meeting said, ?In the money market, interest rates continue to be volatile, mirroring the fluctuations in the liquidity position of the deposit money banks. Average inter-bank call and OBB rates, which opened at 6.55 and 6.45 per cent on 1st July 2015, closed at 26.51 and 21 per cent, respectively on July 23, 2015.?

However, interbank rates in Nigeria and Kenya have been high and volatile in 2015 compared with their levels over the past few years. CBN?s quest to keep a stable naira continues to hurt the banks, with interbank rates sometimes exceeding 100 percent. Kenya?s interbank rates recently touched 25 percent driven by a myriad of factors, but more importantly the onset of a rate-hiking cycle in June 2015.