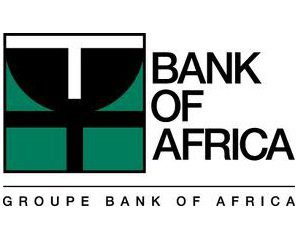 The Bank of Africa Ghana Limited, has refurbished and handed over a Children’s Ward to staff and management of the Upper East Regional Hospital in Bolgatanga to enhance better and quality health service delivery.

The Ward prior to the refurbishment, was in a deplorable state with broken louver blades, torn and worn out wire mesh, broken beds and cots, some of which were supported with pieces of stones before children laid in them, there were also visible cracks on the floor, and most doors had no locks.

Some portions of paint on the walls had peeled off, characterized by poor lighting system at night, lack of space and beds, which often compelled staff to admit children on mattress on the floor, while others were admitted at other wards especially during the rainy season when admissions at the ward was at its peak.

At a ceremony to hand over the refurbished structure to management and staff of the facility, Mr Robert Nii Ahele Nunoo, the Chief Marketing and Corporate Communications Officer of the Bank, said staff and management of the Bank decided to support the community within which the Bank operates not only out of benevolence but as a mark of responsibility to the society.

He said “there were several projects, but we finally settled on the Upper East Regional Hospital because the situation as we found it touched our hearts when we visited, and so we came together as staff and with the support of the Bank we decided to refurbish the Children’s Ward”.

Mr Nunoo said their initial plan was to make a donation of orthopaedic beds, “but having gone to the ward and seen the need, we realized that we really needed to do something to uplift its image.”

He said the entire refurbishment which included interior and exterior painting, tiled floors, new louver blades and wire mesh, stocked with 50 beds, was valued at about GHC100,000.00, and emphasized that “this is not a business tool that we are doing, we are doing this only as a gesture of our responsibility towards the society.”

He implored staff to maintain the facility so that it would last long to serve many generations, and added that the Bank would be willing to help the Hospital in the future.

Dr Winfred Ofosu, the Upper East Regional Director of Health Services, expressed gratitude to the Bank for choosing to improve quality health care delivery in the Hospital and Region at large, and called on staff to maintain and keep the facility clean at all times.

Dr Patrick Atobrah, the Medical Director of the Hospital on his part, said the Ghana Health Service (GHS) had a sole responsibility to improve and make universal health accessible to all Ghanaians, and noted that the facility had the responsibility of contributing to the goals of the GHS by reducing ill health, death and promoting good health among the users of the Hospital.

He thanked staff and management of the Bank and called on other institutions to support the Hospital deliver on its core mandate of quality service delivery to the people of the Region.