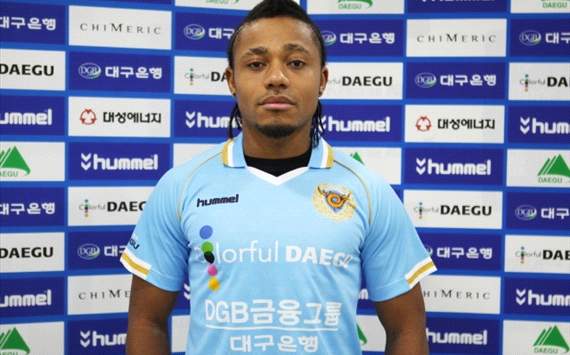 Ghanaian striker Derek Asamoah has been offered a new deal by Carlisle United after impressing during his short-term stay with the English third tier side.

The attacker has been handed a written offer and has been given until January 1 to respond before the deal is sealed if he agrees to the terms of the offer.

Carlisle boss Keith Curle says Asamoah is among four players who are currently on short-term deals who have been handed contract renewal offers.

“We’re in the final stages of negotiations with Joe Thompson, Angelo Balanta, Derek Asamoah and David Atkinson,” the 52-year-old said when confirming the Cumbrians offer for the quartet.

“The players have been given their offers in writing and it’s now down to their representatives to dot the I’s and cross the T’s.

“They have until 1 January 2016 to let us know but I’ve had good communication with all of them. I’ve told them where I want them to go in terms of their footballing ability and how I see them fitting in. Conversations have been very positive so now it’s a case of making sure the legalities of how it’s been put down on paper fit with their requirements.

“If we’re doing our jobs we’ll get the support, and the more support we get the more money the football club has to pay the players.”