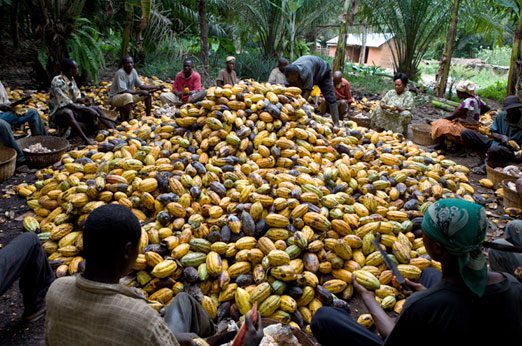 Some cocoa farmers at Breman Amoanda in the Central Region have called on the Government to revert to the traditional periods of payment of their bonuses to reflect its meaning and purpose. The bonuses are incentive packages instituted by COCOBOD in 2002 and paid in lump sum between the months of June and August when farmers were financially constrained as it helped them to manage their affairs whilst motivating them to produce more.

Mr Stephen Effah Amoah, a Clerk with the Produce Buying Company (PBC) Limited, therefore, said reverting to the old payment system would enable the farmers to invest the money in their farms rather misusing it.

Mr Amoah made the call at a meeting with farmers at Amoanda in the Asikuma-Odoben Brakwa District.

He said these periods of payment were also critical times when farmers were busy at work to maintain their farms, adding that it supported them to prepare for the coming season.

Mr Amoah said the current periods of the payment of the bonuses did not help and encourage farmers as it rather created misunderstanding and confrontation between the farmers and the marketing clerks.

Mr Amoah said some farmers took the upfront payment of the bonuses to be part of the cocoa production price and considered that as cheating on their part.

Mr Kwesi Boamah, a member of a seven-member committee of the Amoanda Society, said governments should not take advantage of their situation to cheat them but rather consider their efforts and contributions and give them what was due them.

Mr Mathew Gyasi, the Marketing Clerk of PBC, Amoanda Society, advised the farmers to observe the seven-day fermentation and ensure that the beans were thoroughly dried and the incidence of purple is reduced.