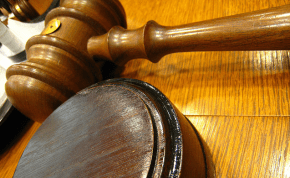 Government officials argue that the bill is needed to confront militants.

The Coalition for Reforms and Democracy (CORD) will on Friday know the fate of its application to have the High Court issue conservatory orders to stop the implementation of Security Laws (Amendments) Act, this is after parties in the petition made their submissions before Judge George Odunga.

Odunga took over the hearing of the case after his colleague Isaac Lenaola last week declined to grant orders to block the law from being implemented.

Justice Lenaola had last week declined to issue temporary orders stopping the implementation of the security laws, insisting he must get a response from the government before granting any orders.

The State led by Solicitor General Njee Muturi and Director of Public Prosecutions Keriako Tobiko called for the dismissal of the application saying the opposition had failed to convince the court on the dangers of the Act.

?The question that must be asked is can the courts grant conservatory orders in this case, and if it can what is the test?? he posed.

?The actual complaint does not bell out what the violation of the constitution is, they have no cases My Lord,? the Solicitor-General told the court.

Tobiko added that none of the provisions touching on Penal Code and Civil Procedure Code and the Evidence Act were unconstitutional.

CORD lawyer James Orengo and civil society lawyers led by John Khaminwa had earlier urged Judge Odunga to grant the orders citing the due process was not observed in passing the law.

?Everyone is saying this is a serious matter, raising serious constitutional questions, in fact at the tail end of the submission by the Solicitor-General he was inviting the court to certify that this petition raises substantial constitutional questions, how he can run from that statement and say there is no case here, and even ask for three judges, when there is no case, I fail to understand,? Orengo said in his submission.

Orengo argued that the Speaker of the National Assembly Justin Muturi ignored provisions in the Standing Orders which require a concurrence with the Senate Speaker before a bill is subjected for debate. The Siaya Senator further added that the Muturi went ahead to force the law through stages of the House disregarding opposition MPs calls for public participation.

Orengo urged the courts to apply the example set by the Ugandan Supreme Court which declared a legislation on same sex to be unconstitutional because the House lacked requisite quorum to approve the law.

Nzamba Kitonga who is representing the Law Society of Kenya (LSK) explained that some specific provisions demonstrated that the Bill had serious ramifications for the enjoyment of certain constitutional rights.

?It has been said that during the stormy special sitting, one side exhibited ?tyranny of numbers? while the other exhibited the? tyranny of missiles?,? he said when urging the court to grant the orders.

LSK and the Kenya National Commission on Human Rights are among professional bodies that expressed reservations about the amendments before the National Assembly passed the contentious Bill.

LSK, Constitution for the Implementation of the Constitution (CIC) have been enjoined in the suit as amicus curiae (a friend to the court) to assist the court in arriving at a just decision.