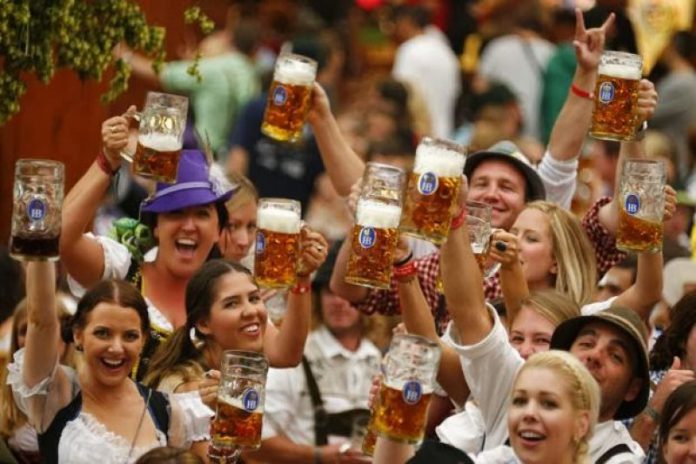 The coronavirus has forced Germany’s Oktoberfest to keep the beer taps closed and the oompah bands at home for a second year in a row.

Bavarian Premier Markus Soeder and Munich Mayor Dieter Reiter said Monday they had agreed the autumn event should be cancelled, disappointing the 6 million beer-drinking fans who head to the festival each year.

“It’s a decision I have to make now,” said Reiter. “It makes no sense to wait.”

Munich celebrated the first Oktoberfest in 1810 when it marked the wedding of Crown Prince Ludwig – later King Ludwig I – with Princess Therese of Saxony-Hildburghausen.

Since then, Oktoberfest has been cancelled about two dozen times during its 210-year history, including because of war with Napoleon, the two world wars of the 20th century and cholera outbreaks.

Last year, as is the case this year, the Oktoberfest was dropped because of another pandemic, the coronavirus. It was also the first time the festival had been cancelled in about 70 years.
The Oktoberfest is not just a Bavarian festival, but a global event, Soeder said recently.

As a result, its failure to take place again this year represents a major blow to businesses such as those directly involved in the festival as well as Munich’s hotels, restaurants, taxis and retail trade.

The annual celebration of beer drinking is estimated to have generated about 1.23 billion euros (1.5 billion dollars) for the local economy in 2019.

The festival had been scheduled to take place from September 18 to October 3.

Several other of the world’s major events are hoping to open during the second half of the year amid expectations that many people will be vaccinated by then and the numbers of new cases will be declining.

But Oktoberfest organizers believe the risk of infection would be too great at the event with beer tents often filled to capacity and large numbers of people crowding the adjoining alleyways.

Announcing their decision, Soeder and Reiter pointed to the unpredictability in infection numbers, adding that social distancing rules such as requiring masks to be worn were not realistic.
A later cancellation would have resulted in the threat of even greater economic damage, they said.

A majority of Bavarians had also backed abandoning the festival this year, according to an online survey conducted by pollsters Civey and published in Saturday’s Augsburger Allgemeine newspaper.