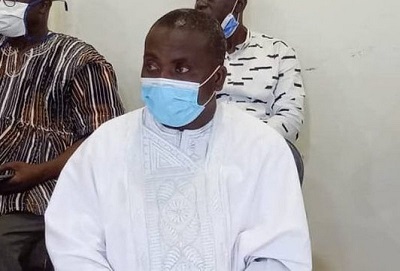 The Shama District is ready for a municipal status with all relevant consultations done and documentation forwarded to the Local Government Ministry for action, Mr Ebenezer Dadzie, the District Chief Executive, has said.

He told the Ghana News Agency in an interview on Thursday that the district now had a population of over 95,000 with major industries operating there, making it eligible for a municipal status.

He said an upgrading would derive the needed central government assistance to spur development.
The DCE expressed gratitude to the Western Regional Minister, Mr Kwabena Okyere Darko-Mensah, for the assistance in realising the development vision of the district.

“Yes, we have started the process, the Regional Minister is also very key, making sure that we get the municipal status because it will help us a lot. It will change our financial status as a district and then it will bring development,” he said.

“So we’re very keen in making sure that we achieve that.”
Mr Dadzie said once the district had met all the necessary requirements in terms of population, facilities, and human resources it needed to be considered to that status.

The Shama District Assembly was created by a Legislation Instrument (LI1882) in December 2007, with a mission to improve the living standards of the people through quality socio-economic services

It became one of the 14 administrative districts in the Western Region, promoting and executing development in its jurisdiction.

The district was carved out of the Shama Ahanta East Metropolitan Assembly with the Shama Town as its administrative capital.

The Assembly has 27 members with six sub-district structures (area councils) with a total land area of 193.7km representing about one per cent of the entire region.

The major economic activities include agriculture, energy, and transportation.
The Vision Statement of the Assembly is to become the preferred gateway to the Western Region with enhanced economic opportunities within a good governance system.

Ghanacards of applicants seeking to stop NCA directives are ready

We need to rekindle our communal spirit – Atwima Mponua DCE