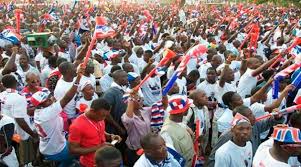 Some defeated Parliamentarians aspirants of the ruling NPP, have affirmed their commitment to the party’s cause for victory in the December elections.

“We are not daunted by the defeat at the primaries, neither are we discouraged,” Mr. Kennedy Kankam, Member of Parliament (MP) forNhyiaeso, and a defeated candidate, told the media in Kumasi.

He said the majority of the defeated MPs aspirants had decided to come together in unison, to throw their weight behind the
NPP.

“We are first of all staunch members of the party, therefore, advancing the overall interest of the NPP is our utmost goal,” the MP noted.

The Nana Akufo-Addo-led Administration, he explained, had performed creditably in implementing effectively the NPP’s campaign promises, citing the strides made by the government in the area of education, health, agriculture, job creation, and economic growth.

Mr. Kankam indicated that retaining the party in the upcoming elections would help propel the country to sustainable growth and development.

Therefore, all well-meaning NPP activists to bury their differences, he advised, saying they should forget about the past and work together to advance the Party’s manifesto.

Mr. Bice Osei-Kuffour, former President of the Musicians Union of
Ghana, and a defeated aspirant in the Asante-Akim South Constituency, said the party had worked well to meet the expectations of Ghanaians.

The last four years, he said, had seen significant pro-poor policies being rolled out by the government for the wellbeing of the citizenry, citing the ‘Free Senior High School (SHS)’ Programme, which had benefited more than one million students.