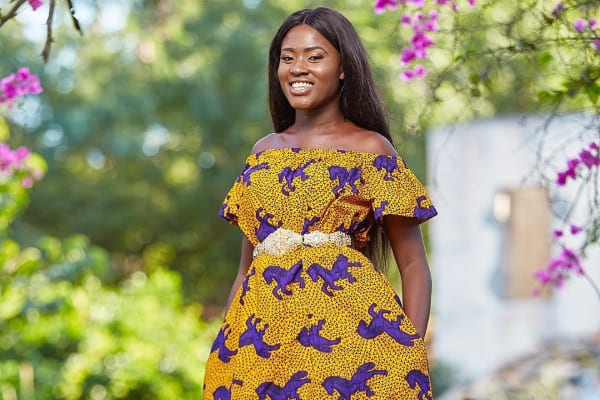 About a week ago, Medikal took to Instagram to announce his definition of Fella Makafui and how meaningful that is to him— the power of relationships. He defined her with words like, hardworking, beautiful, matured, and so on. I suspect this was what drew him to her in the relationship they now appear to be in. Before we can even discuss the meaning he’s described, we have to ask if his definition of Fella is even true. Is it? We can answer that by laying Medikal’s definition (hardworking, matured, etc) against the life of Fella Makafui. Do they correspond to each other? Is Fella Makafui really hardworking? Is she really matured? Is she really friendly? Is she exactly what Medikal described her to be?

If she’s nothing of that sort then he is in for trouble. What would happen is that she would begin to bear those definitions without actually possessing any of them, since they’re what Medikal appears to hold of her. Most ladies are like this: they live on how their boyfriends define them and never really find themselves apart from it. The problem with this is that once your boyfriend changes his definition of you, you’d suffer a serious shift. That’s how come some ladies suffer low self-esteem and self-image when their boyfriends start defining them differently as compared to how they once did. However, this is not to suggest that the primary cause of low self-esteem is when someone changes his definition of you, rather, it’s to remind you that relying on people’s definitions, especially those of your partner, which are bound to change, can be dangerous.

Fella Makafui can either rely on Medikal’s definition as someone who doesn’t know her true self (definition) apart from him or someone who does, while appreciating his identification of it. What’s happening now is that most people who don’t know who they are are drawn by overwhelming definitions of themselves. Fella Makafui is really hardworking, and Medikal’s word may not overwhelm her as compared to someone who isn’t. His word actually highlights what’s already there. In his brief Instagram highlight, I find who Fella Makafui is and not necessarily what Medikal see her to be. We too can look for relationships which highlight who we truly are.