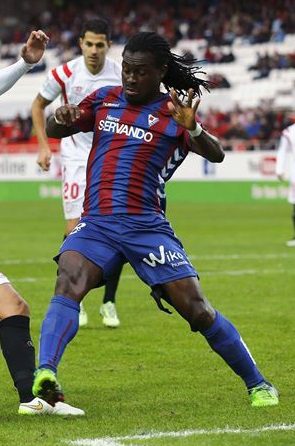 The 31-year-old has struggled for game time since joining the Armeros at the beginning of the season.

The midfielder was brought on a minute into added time as replacement for Ander Capa.

Boateng has only made three starts for Eibar and has been named as a substitute for matches 18 times this season.