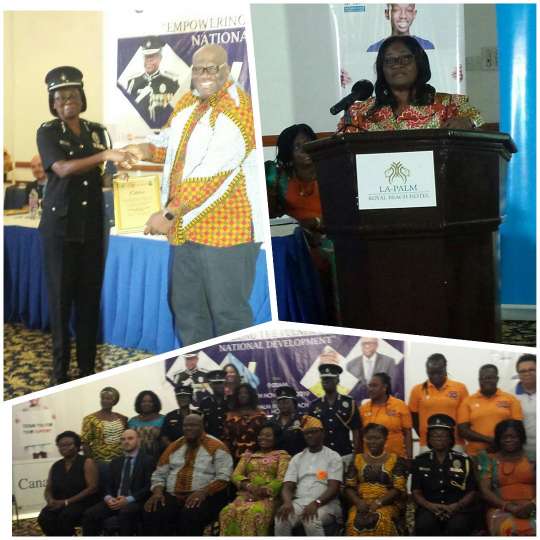 Mr Henry Quartey, the Deputy Minister for the Interior, said domestic violence leaves a trail of effects on not only survivors and their families but also the development of the country, hence must not be entertained.

He said it posed security threats to Ghana and led to reproductive effects, eating disorders, insomnia, physical scars, and psychological effects on survivors, which, if not addressed, would undermine the development efforts of government.

Mr Quartey was speaking at the climax of the 20th Anniversary celebration of the Domestic Violence and Victim Support Unit (DOVVSU) of the Ghana Police Service in Accra.

He said DOVVSU, the leading light in the fight against domestic abuse, had its name changed from Women and Juvenile Unit (WAJU) on October 26, 1998, to oversee violence against the vulnerable including women, men and children, support victims of neglect, physical assault and sexual abuse among other things.

In spite of poor information, the lack of reliable funding and logistical support, the hard work of staff had brought about numerous successes for the 20 years the Unit was established after the Beijing Conference.

She commended both local and international partners such as UNICEF, Action Aid Ghana, UNFPA, World Vision, ILO, Ark Foundation and Women Initiative for Self-Employment for enhancing their working.

COP Mrs Beatrice Zakpaa Vib-Sanziri, who represented the Inspector General of Police, said the Unit had transformed and its contribution significant to national development.

Its services had brought relief to victims and goodwill to personnel due to the professional way it handles cases.
COP Mrs Gifty Anim Botchway (Rtd), the First Coordinator of DOVVSU, said the current name was adopted to encourage male victims to report abuses against them and recommended that a rapid response unit should be set-up to enable personnel deal swiftly with cases.

She said personnel should assist victims to get non-molestation order to ensure their safety whilst at home, noting that more shelters and family justice centres should be secured for victims after justice had been delivered to bring unity.

Mrs Botchway suggested that there should be civil support units, ability of all police stations to respond to domestic violence cases and ensuring DOVVSU became more community-centered to deliver effective services.

Mrs Florence Ayisi Quartey of the Ministry of Gender, Children and Social Protection, said there should be increased awareness to sensitise women and children on the need to report abuses.

She said the Ministry would amend the existing laws to best protect the most vulnerable.

Individuals and institutions were recognised with citations for their contributions towards the improvement of the Unit.