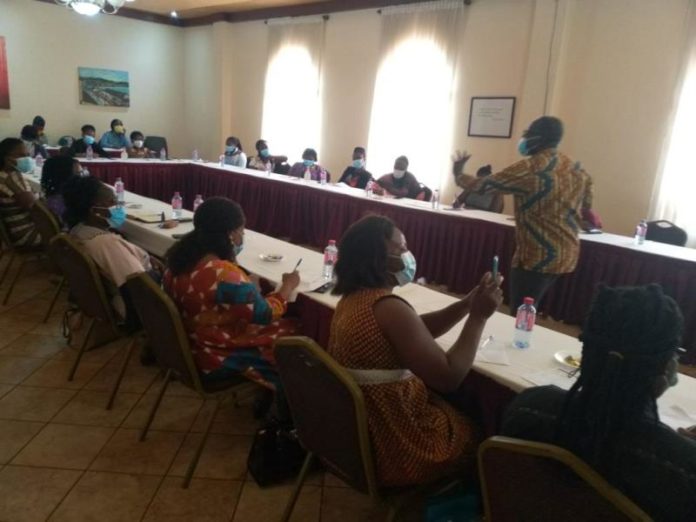 Mr Adolph Awuku Bekoe, a Clinical Psychologist, has advised women to think twice about staying in abusive relationships with excuses like inability to solely cater for children or survive independently, before they explode to cost them their lives.

He said women were physically abused consistently and later appeased by their male partners just to forget about the harm done them.

“When a woman is constantly beaten and she takes a vacation, the man realises he has lost a house help or a slave, who was giving him sex, cooking and washing for him, keeping the house and taking care of his children. So he tries to appease her with a present or a good vacation treat just to make her forgive him.

“One day his abuse will turn to an explosion that can take your life and it is his girlfriend who will come and console him at the funeral. So what were you protecting, your home or your life”?

He gave the advice on Thursday at a capacity building workshop organised by the United Nations Population Fund (UNFPA), in Accra to sensitise health workers to show concern, protect and support patients who visited their facilities with obviously looking abusive marks and emotional problems.

Some of the warning signs of domestic violence are when a man controls how his partner should spend her money, humiliates her in front of others, controls the use of needed medicine, and gets aggressive during and after drinking alcohol or using drugs, he said.

Speaking about sexual violence, Mr Bekoe, also the Coordinator of the Coalition on Domestic Legislation in Ghana, said there was a rape culture fueled by traditions, personal beliefs and acts of institutions that encouraged the act.

“When a man is on heat, it is like the woman must respond immediately, or else he will go out to seek pleasure outside. Although the woman may cry, the man should remember that all the effects from his engagements outside will bounce back at him,” he added.

The culture of rape, he said, had silenced many survivors of the forceful act, as everyone starts to blame and question the victim instead of shifting the focus onto the perpetrators.

He said one out of every three women had experienced a sexual harassment or violence and only one out of them reported the case.

“This only creates an ecosystem, where violence can thrive. Survivors often tend to become re-traumatised when rape cases are not tried in court,” he said.

The Clinical Psychologist said fewer than four in every 10 rape cases were ever prosecuted and even if a rapist was convicted, he could get an extra ordinary light sentence, adding that only three per cent of rapists spent even a day in jail.

Moreover, it affected productivity and cost families and states huge money to revive the lives of survivors through medical, psychological, social, and psychosocial support.

Gender-based violence had effects on survivor’s school attendance and performance, and sometimes posed an intergenerational effect of violence on them, he said.

Mr Bekoe appealed to the health personnel to play a critical role in helping women to break the silence of physical violence, directing that they should be proactive to ask their clients about their experiences with gender-based violence in order to support them.