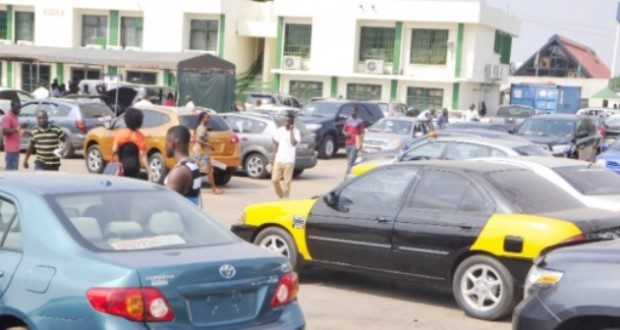 The Driver and Vehicle Licensing Authority (DVLA) has started a process of introducing a new licensing regime for commercial drivers as well as implementing a third vehicle licensing plate to improve valid licensing verification.

After receiving approval from the appropriate authorities, the two new technologies, which are expected to improve police operations, would be implemented in 2023.

Mr Prince O. Edusei, Deputy Chief Executive Officer, who announced this in Koforidua, said the new licensing plate would be in a sticker form, implanted with a chip, and fixed on vehicles’ windscreens.

Mr Edusei was addressing over 50 people at the opening ceremony of a DVLA-sponsored training of accident and traffic enforcement officers as well as DVLA technician engineers, which was conducted in Koforidua.

Also present were representatives from the National Road Safety Authority (NRSA), the Ghana Highways Authority (GHA), the Ghana Private Road Transport Union (GPRTU), and the Ghana National Fire Service (GNFS).
Mr Edusei further explained that the adoption of the third licensing plate was driven by its distinctive feature of robustness, as the sticker could not be easily removed from the windscreen, and that it would also help to minimise car theft.

“The third licensing plate could be scanned to check the vehicle information for the police to detect thievery or fake licenses,” he said.

“If a driver manages to remove the sticker, there would be a mark left, which will indicate foul play.”

In addition to the chip-enabled sticker, he said the DVLA was working on creating a new licensing system for commercial drivers, in which they would be licensed depending on the type of vehicles they were trained to drive.
This, he noted, would prevent rookie commercial drivers from driving all types of vehicles, including tipper trucks, and the old system of issuing unlimited driving license would be a thing of the past.

Mr Edusei promised the DVLA would continue to collaborate with the police to carry out their obligations and safeguard the safety of citizens on the road.

Mr Anderson Fosu-Ackaah, the Eastern Regional Police Commander and Deputy Commissioner of Police (DCOP), underlined the significance of the workshop to the MTTD in conducting traffic accident investigations.

“The essence of this training programme is to take participants through the guidelines for dealing with the processes and procedures involved in insurance, the interpretation of DVLA testing, and the examination of accident reports,” he said.

As a result, he stated that putting the knowledge and skills gathered from the workshop into practise would go a long way toward restoring public trust, respect, and confidence in the legitimacy of the police.

Graduate Course in Land Degradation Neutrality to be introduced at UENR

Vodafone NZ to be knowns as One NZ come next year