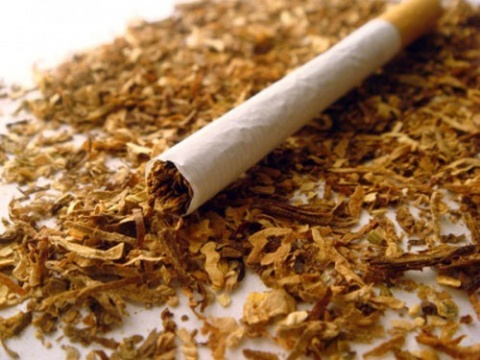 The Vision for Alternative Development (VALD), a non-governmental organization, has called on the government to implement the Tobacco Control laws to save the lives of many in the society.
The Tobacco Control Laws were part six of the Public Health Act (Act 851) (Tobacco Control Measures) which was passed in July, 2012.
However, the Legislative Instrument (LI2247) to make the tobacco laws operational was adopted by Parliament in January, 2017.
The law bans smoking in public places, advertising, and sales, among others to protect the citizenry from its harmful effect.
“Anybody who violates the Tobacco Control Measures of the Public Health Act, 2012 (Act 851) commits an offence and is liable on summary convention to a fine of not more than 750 penalty units or to a term of imprisonment of not more than three years or to both and in the case of a continuing offence to a further fine of ten penalty units for each day during which the offence continues.”
The call was made in a statement read by Mr Labram Massawudu Musah, Programmes Director of VALD on behalf of civil society organisation (CSOs) into tobacco control at the launch of the LI by the Ministry of Health.
The launch coincided with the commemoration of the 2017 World No Tobacco Day and it was held under theme: “Tobacco, a Threat to Development”.
The world has instituted May 31, every year to celebrate the Day to raise awareness on health and additional risks and dangers associated with tobacco use and exposure to tobacco smoke.
The statement said the VALD was ready and willing to support government to fully benefit from the implementation of the Framework Convention on Tobacco Control (FCTC) of the World Health Organisation.
Ghana is a party to the FCTC and has since ratified it in 2004, which enjoins the country to take administrative, legislative and any other means to curb the incidence of smoking and reduce the hazards associated with it.
The statement said the good news is that there is a clear roadmap for effective action to combat the tobacco epidemic with the recognisation of the FCTC in the Sustainable Development Goals adopted by governments as a critical tool to help achieve the wellbeing for all.
The VALD appealed to government to take the appropriate steps towards the achievement of the Sustainable Development Goals by making tobacco a national priority in its development agenda.
The statement said tobacco consumption has burdened our development efforts through increased healthcare costs and decreased productivity, adding that the next 20 years, it has been estimated that tobacco-related diseases would cost the global economy 12 trillion dollars in healthcare costs.
It commended the Ministry of Health, Food and Drugs Authority, the Ghana Health Service and CSOs for working tirelessly for the adoption of the Tobacco Control Regulations (LI 2247).
GNA