The Minister of Lands and Natural Resources, Mr John Peter Amewu, has issued a 30-day ultimatum for all excavators parked in mining communities across the country to be evacuated. 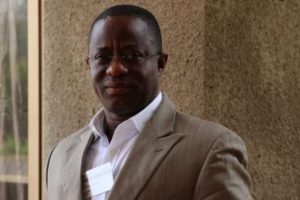 He said the operators of the excavators had the intention of returning to the mining sites to continue their mining activities hence the directive.

The Minister gave the directive at Tumantu in the Nzema East Municipality of the Western Region when he led a team to visit some mining sites on Sunday.

This followed the expiration of the ultimatum the Minister gave to all illegal miners to evacuate their equipment and leave mining sites.

He said henceforth all excavators would be registered and would install tracking devices to monitor their operations.

The Minister said illegal miners would be integrated into the mainstream mining by providing them alternative livelihoods under the Multilateral Mining and Integrated Project.

Illegal mining has polluted water bodies and degraded the vegetation all over the country.
GNA/www.newsghana.com.gh