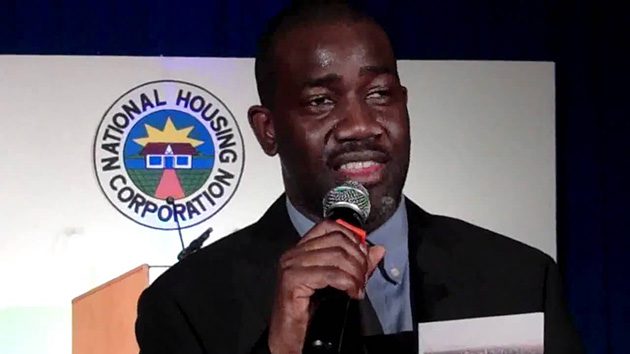 Mr Mafuru, who is currently managing affairs of the Bank after it was placed under Management of the Bank of Tanzania (BoT), for being linked with money laundering and sponsoring terrorism scandal, is alleged to have disobeyed the order issued by Judge Rose Teemba on May 11, this year.

The order required the Bank to deposit in court four million US dollars (about 8bn/-) within 14 days pending determination of a case lodged by the two local businessmen, Islam Abdallah and Quresh Delaware.

Advancing reasons to support the application, advocate Henry Massaba told Judge Teemba last Friday that her order has not been complied with as directed and counter affidavits lodged in court by Mr Mafuru and counsel for the bank, Mr Daniel Weluwelu, to oppose the request confirmed such position.

?There is no doubt that the order of the court has not been complied with to date. This is clear court contempt and disrespect of orders.

In view of such circumstances, the court should grant our application and summon the statutory manager and show cause why he should not be jailed,? he submitted.

Advocate Weluwelu resisted the application, alleging that his client has not committed any contempt. He submitted that two days after the order was given, the Bank wrote a letter, requesting the court to provide a guarantee from a reputable bank instead of depositing cash money.

?I subsequently made an application to that effect having noted that the letter will not suffice. So my client has no ill intention and, therefore, the application should be refused,? he told the court. The judge said she will deliver the ruling on the matter on notice, meaning when the ruling is ready.

If the application would be granted, it would be the second time the manager of the bank to be held responsible for similar disobedience of court orders. The first time happened in Zanzibar where the court had ordered the Bank to open a bank account of a client.

The manager reportedly refused to obey the order. As a result, the court ordered the manager to be arrested and brought to court to show cause why he should not be held for contempt of court.

The two businessmen are suing the Bank and two other defendants, FM and F Limited and African Consolidated Mining Corporation (Mining Corporation), as necessary parties in the matter, demanding compensation for loss of business allegedly caused for unlawfully retaining their two titles.

Since BoT announced to have taken over the management of FBME Bank Limited, no other security has been provided to the litigants in the suit to ensure the decree that would be issued by the court in case of their favour would not be rendered nugatory.

This prompted the two businessmen to seek court intervention for the Bank to deposit the money in court prior to judgment. The court granted the request and gave the Bank 14 days to comply with the order in question. But nothing has been done to date.

Mid-July last year, the Central Bank of Cyprus (CBC), took control of FBME?s operations in Cyprus, following a report from the US Treasury describing the bank as a ?primary money laundering concern?. Irate customers of the Cyprus branch of FBME were quoted as saying that they were being held hostage.

The CBC took further steps of selling the bank, a move that prompted shareholders of the lender in Cyprus turning to international arbitration aimed to halt the action.

Following such movement, the Bank of Tanzania (BoT) also took over the management of the bank?s Tanzania Branch, as of July 24, 2014.

It was argued further that the disposal of assets for FBME Bank would leave the two businessmen with no means to execute the decree should the judgment be in their favour.

Furthermore, any disposal of Bank?s assets would also affect the said two titles owned by the businessmen.