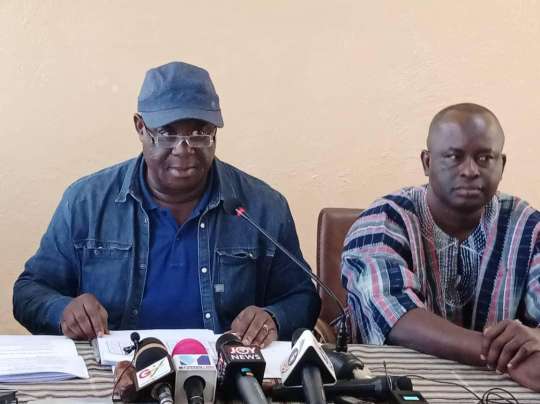 Five roads in the Upper West Region have been scheduled for construction this year under the government’s Critical Roads Project.

When completed, it will open up the Region for massive economic activity, thereby improving the lives of the people in the area.

Mr Amoako Atta, the Minister for Roads and Highways, disclosed this at a press conference proceeding President Nana Akufo-Addo’s visit to the Region to cut sod for the construction of a combined 17 megawatt solar power plant at Kaleo and Lawra in the Upper West Region.

He said the President has directed the Minister of Finance to raise special funding to fund these critical projects across the country.

He disclosed that the Upper West Region had total road network of 3,607km out of which about 540km was paved and 344km at both graveled and earth stages.

The Roads Minister further disclosed that 61 per cent of roads under the Ghana Highways Authority (GHA) were good, 38 per cent fair and one per cent poor.

Mr Amoako Atta added that less than one per cent of roads under the Department of Feeder Roads were good, 37 per cent fair and 21 per cent poor.

Under the Department of Urban Roads, 30 per cent of its roads were considered to be good, seven per cent fair and 63 per cent poor.

Mr Amoako Atta therefore noted that government’s concentration in the Region was on the Departments of Feeder and Urban Roads.

He noted therefore that the Ministry would concentrate on routine maintenance of the roads all-year-round to make the roads serviceable in all three categories.

This, they would do by ensuring that all potholes on paved roads were patched before June 2020.

He said on his way to the Region through the Damongo-Sawla-Wa road, he was amazed at the number of potholes, adding, he had since directed the Chief Executive to dispatch the Mobile Maintenance Unit to patch the potholes and they had since arrived and work had commenced.

He further directed that the team should stay until all the potholes on that stretch were patched, after which a contractor would be put on the road to do refilling so that they save the road.

Mr Amoako Atta also assured that all graveled roads totaling about 5,200km in the Region would be graded before the onset of the rains in June 2020.

“All roadside vegetation shall be cleared and culverts and drains are desilted to improve safety and smooth flow of water during rainfall”.