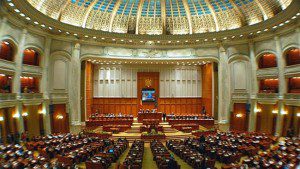 The suspect who has been arrested by the Austrian authorities in connection with a planned terror attack could have been very close to carry it out, an official from the Interior Ministry said on Saturday.

The 18-year-old Austrian national of Albanian origin had alleged links to an extremist group and was taken into custody on Friday evening in Vienna.

An attack had been planned to be carried out soon, head of the Directorate General for Public Security Konrad Kogler said in an interview with the O1 Morgenjournal radio program.

Investigations have been going on at full speed, with many houses searched and items like cell phones seized. The items will be examined now, Kogler said.

Depending on the outcome of the investigations as well as questioning of the arrested suspect, further arrests and house searches could be possible, he added.

Kogler said a detonation of a bomb in a subway station is “one of the possible scenarios” the authorities have considered.

Following mounting suspicion as well as information from foreign intelligence services in recent weeks, the suspect had been under constant surveillance.

A Ministry of the Interior spokesperson confirmed the individual was known to have been part of Albanian radical circles.

Initial reports on Friday that the suspect had already made a bomb in Germany and brought to Austria have not yet been confirmed. Enditem