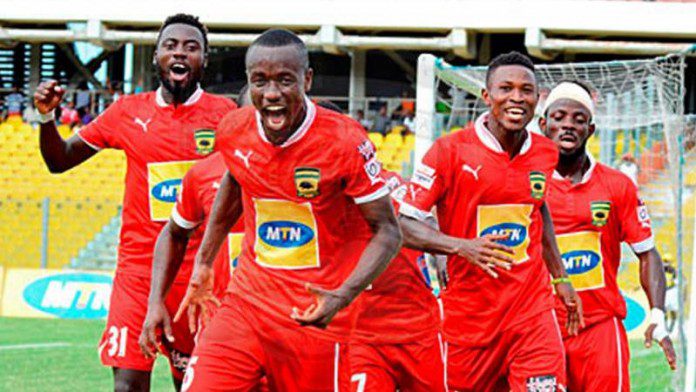 The slim victory had catapulted the homers to the top ranks of the league log and for Inter, their woes had been deepened as they languish at the bottom. 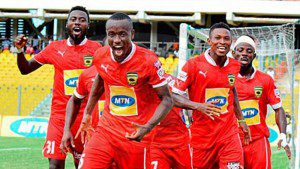 It looked a one-way traffic in the first session, as a determined Kotoko pinned down their opponents to their own half with an all-attacking strategy, but could not break the deadlock.

Inter’s goalie, Osei Kwame, on many occasions, prevented the Porcupine Warriors from registering a goal, the crucial ones being in the 18th and 38th minutes, when he saved Sarfo Gyamfi and Ahmed Adams’ goal-bound shots, respectively.

Inter marshalled more men in attack in the early stages of the second half, and with Prince Baffoe leading the onslaught for a stunner, the visitors would torment the Kotoko defence with series of defence-splitting moves.

Simon Martey came close to finding the back of the net on 50 minutes, but his long-range shot was blocked with a timely clearance from Kotoko’s Adams.

The Porcupine Warriors would score the only goal of the match in the 62nd from a spot-kick courtesy skipper Amos Frimpong, who displaced a determined goalie Osei Kwame in the process.

The visitors launched an aggressive campaign to equalize in the latter stages, forcing the Porcupine Warriors to concede two quick corner-kicks on the stroke of time, however they could not make the most out of those chances to end up as the vanquished side.

Nigerian president says to embark on “aggressive campaign” ahead of polls