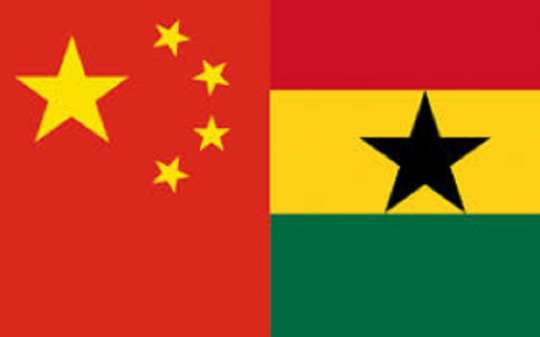 The Ghana China friendship Association(GHACHIFA) has condemned on-going violent protests in Hong Kong,
“GHACHIFA as a principle recognises and supports China’s determination to safeguard her sovereign dignity and uphold the One Country, two Systems policy, to safeguard her territorial interest and security.”

A release signed by Dr. Benjamin Anyagre, General Secretary of GHACHIFA, said the Association respected the People’s Republic of China as an indivisible country, where the loyalty of the citizens must be ensured as is done in any other country.

“We therefore find retrogressive, attempts to subvert the principle of China’s “One Country, Two Systems” by some protestors in Hong Kong, who are bent on stretching the patience of the administrators of Hong Kong to the limit,” the release said.

It recounted events that led to the protests and said in February 2018, one Chan Tongjia, a Hong Kong resident, who was suspected of murdering his girlfriend, fled to Hong Kong which had no jurisdiction over the case.

In order to transfer Chan Tongjia to Taiwan for trial, the Hong Kong Special Administrative Region(HKSAR) government proposed amendments to ensure cooperation with mainland China, Macao and Taiwan, in transferring criminal suspects and fugitives through special arrangements for such people to face due justice, the release said.

It observed that the initiative was to plug loopholes in the legal system and help Hong Kong work better with other regions of China to jointly combat crime, and uphold the rule of law and justice in the national interest

The release described as intriguing, the fact that whilst colonial Hong Kong signed agreements with 20 countries on the transfer of fugitives and treaties with 32 countries on mutual legal assistance in criminal matters, “some so-called protestors find it repugnant that HKSAR is seeking similar arrangements with mainland China, Macao and Taiwan.”

It said while attacks by protestors in Hong Kong on national emblems like the flag and seal of office, security officers and government installations were broadcast on globalised television and radio channels instantaneously, Western leaders failed to condemn the attacks.

“It is this silence of the former colonial master that GHACHIFA believes has emboldened the quislings, whose acts of terrorism seek to undermine and destroy one of the freest and fastest growing economies in the world, as the said amendments were completely halted,” said the release.

The release continued, “should violence and chaos be allowed to affect the safety and welfare of Chinese citizens in Hong Kong, whose GDP hit $340 billion in 2018, nearly double the figure in 1996, when Hong Kong was a colony of Britain?”

The release said China needed to be applauded for lifting millions of her citizens out of poverty within three decades, which added value to the SGDs of the UN, and was also an important contribution to the stability of the world economy.

It described the Hong Kong demonstrations as “an attempt to re-colonise the minds of those Chinese citizens of Hong Kong with mixed loyalties and feelings of nostalgia for Rule Britannica”.

The release said GHACHIFA lauded the “progressive efforts” of the Ministry of Foreign Affairs of Uganda for being supportive towards the People’s Republic of China concerning the situation in Hon Kong and appealed, that other African countries did the same in the spirit of South-South Cooperation.

A declaration between the government of the People’s Republic of China and the United Kingdom of Great Britain and Northern Ireland on Hong Kong was signed on December 19, 1984, which decided that China would resume sovereignty over Hong Kong from July 1, 1997.

The people of Hong Kong were thus to rule the region with a high degree of autonomy, with China retaining sovereignty over Hong Kong.

This came to be known as the one country two systems policy.