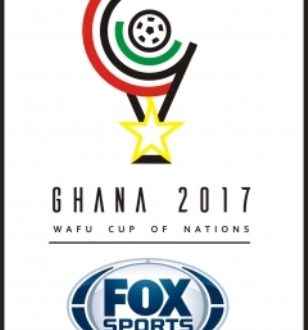 Two goals from Kwame Kizito and Stephen Sarfo was all Ghana needed to beat Niger and set up a mouth- watering encounter against Nigeria in the finals of the 2017 FOX Sports WAFU Cup tournament.

The semi-final clash played at the Cape Coast Sports Stadium on Thursday lived up to expatation with Ghana securing a 2-0 victory.

The win means Ghana will meet rivals Nigeria, lone goal winners over Benin in the first semi-final clash, on Sunday in the finals, whilst Niger and Benin clash for the third position, also on Sunday.

Accra Hearts of Oak striker Kwame Kizito and Berekum Chelsea’ Stephen Sarfo registered their names on the score-sheet in the 32nd and 79th minute respectively to send Ghana to the finals of the tourney.

Niger’s Victorien Adje Adebayor was the first to come close to putting his side ahead in the 2nd minute of the game with a long drive but Ghana goalie Joseph Addo was well positioned to save the shot.

The Local Black Stars picked up from then on but their opponent were resolute and managed to give Coach Maxwell Konadu’s charges a good run for their money.

The first five minutes of the game saw with both sides creating decent chances but were unable to hit the back of the net.

In the 14 minute, Ghana’s Sarfo was presented with a golden opportunity but his effort was dealt with by Niger’s goalie Doumbia Issa,who dived full length to keep the score line barren.

The Niger team, in its quest to play in the finals, started mounting pressure on the hosts, and on one occassion, Adebayor out ran two Ghanaian players and laid the ball to Soumana Amadou Moussa but the winger effort sailed over the bar in the 16th minute.

Ghana dominated play and buoyed by a charged crowd came close to finding the opener when Winful Cobinnah took on two Niger defenders but his feeble shot was well taken care of by the Niger goalie.

From the resulting corner kick, Kizito out jumped the Nigerien defenders to head home Cobinnah’s cross into the roof of the net to send the home crowd into wild jubilation.

Ghana had a few more chances to finish the first half two goals up but they were made to wait as Niger held on.

Sarfo doubled the lead for Ghana with 11 minutes remaining on the clock, tapping home a low cross from substitute Kelvin Andoh.

Nine minutes to end proceedings, Cobinnah almost made it three but his curled effort fizzled over.

Emmanuel Lomotey was named the Man of the match.
GNA