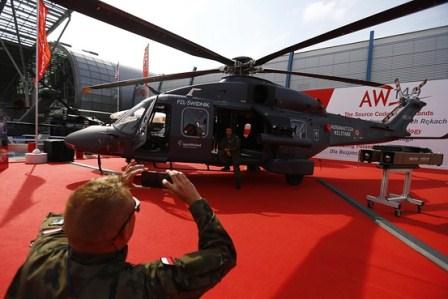 The former chief of Italian defence group Finmeccanica, Giuseppe Orsi, was cleared Thursday of corruption charges related to the alleged paying of bribes to sell helicopters to the Indian government. However, the two men were found guilty of false invoicing, given a two-year suspended jail sentence, ordered to pay legal expenses and banned from holding public office for one year.

Orsi was arrested in February 2013, when he was still leading Finmeccanica, and remained in prison for three months. His predecessor, Pierfrancesco Guarguaglini, quit in 2011 over allegations that he had set up company slush funds.

Finmeccanica, a publicly controlled conglomerate, is now led by Gianni De Gennaro, a former police and intelligence services chief. The firm says it ranks among the top 10 defence groups worldwide.

Hate When Not Controlled or Restrained Can Cause Havoc

NHIA has cleared all arrears to providers – Deputy CEO