High fuel cost component has been one of the biggest burdens for industries but the fall could help shore up their revenues.

And for the first time in four years, consumers saw pump prices go below the Sh100 mark with the ERC promising even further cuts. ?We are confident that the global fall in crude oil prices will trickle down to the consumers and we are committed to make sure that this happens. We project further price cuts in our next review in a month?s time,? said Eng Joseph Nganga, ERC?s director general. 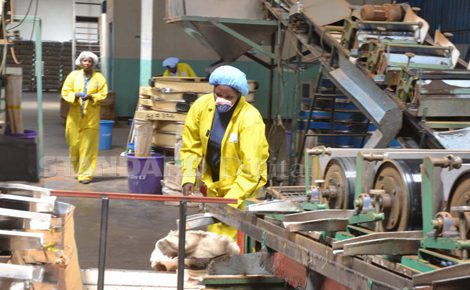 However, it is not just motorists who are heaving a sigh of relief following the reduced prices. Kenya?s manufacturing sector stands to register millions in savings on energy prices. The average price of imported diesel, a large component in manufacturing, dropped from $748.73 (Sh68,000) per tonne in November to $641.17 (Sh58,331) per ton in December 2014.

This 14.37 per cent drop is expected to reduce the cost of doing business for manufacturing companies as far as energy costs are concerned with the savings passed on to consumers in terms of reduced shelf prices of goods and services. According to Johnstone Nderi, an advisory manager at ABC Capital, the downward trend in fuel prices should have a net positive effect for investors.

?The money spent on energy will have more impact in production and this means investors will be able to purchase more than they were before or even save more,? he told The Standard. ?As a result of high savings, you are likely to see more resources available for investment which will lead to more productivity and generally a higher standard of living.?

The fall in imported petroleum prices over the last six months has further seen a direct fall in the cost of generating electricity with the electricity fuel cost component (FCC) dropping by as much as 65 per cent over the period under review.

The fuel cost adjustment is a major cost item on electricity bills and the consistent drop over the last six months has been achieved following the injection to the grid of the phased 280MW Olkaria project. The country is set to execute major projects including the Lappset, the Standard Gauge Railway and the Konza Techno City, over the course of the 2015/2016 financial year and affordable fuel and electricity costs will go a long way in reducing the cost of these multi-billion-shilling projects.

However, Mr Nderi states that even as the cost of production reduces, the fact that the circumstances are not unique to Kenya does not significantly change the country?s competitive outlook. ?We expect the cost of production to come down. However it is not just coming down for Kenya but also globally so this does little to change the overall competitiveness of the country,? he said.

It further remains to be seen whether public service operators and transporters will pass on the cost of reduced fuel prices to commuters and clients going by past experience.

By Frankline Sunday, The Standard