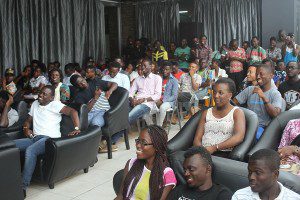 He noted that the youth, aged between 15 and 35, formed about 33 per cent of Ghana’s total population, and constituted about 58 per cent of eligible voters; and therefore needed to be separated from the Sports Ministry to enable Government to concentrate fully on issues pertaining to young adults in the country.

Speaking during an advocacy dialogue with stakeholders from five regions on Wednesday, Mr Quartey disclosed that about 60 to 70 per cent of the total budget for the Youth and Sports Ministry was spent on sports alone; adding that not much could be achieved as far as youth development was concerned.

He urged Government to streamline its youth focused development interventions to respond to the needs of the youth, as well as resource all district youth officers to enable them to execute their mandate effectively, as most of the offices of the National Youth Authority lacked basic materials to work with.

“We will also urge Government to decentralise the celebration of the International Youth Day activities to include the youth and duty bearers who operate at the district level,” he said.

Mr Quartey noted that a research conducted by the Foundation in 10 districts from five regions indicated that the District Youth officers of the NYA were seen as the main structures for youth mobilisation and engagement, however not all the districts had NYA officers.

He said the research also indicated that the main means for actively engaging the youth in governance was through partisan politics, which did not augur well for development as it sometimes brought about the intolerance of opposing political views.

Mr Quartey mentioned lack of youth awareness structures for youth engagement at the district level, and inadequate capacity building for district youth officers to engage and mobilise the youth as some of the challenges facing the youth at the local level.

“We realised that there is also a very limited youth relationship with the district assemblies, therefore, weakening youth involvement in the governance process at the district level”, he added.

Mr Stephen Mensah-Etsibah, Director of Organisation and Programmes, NYA, expressed worry about the inability of the NYA to establish offices in only 72 out of the over 230 district assemblies.

He noted that the NYA was hugely under resourced hence hampering its ability to discharge its duties effectively as it was suffering from financial challenges, as well as the use of dilapidated structures in some districts.

Mr Mensa Etsibah charged private institutions such as the Youth Bridge Foundation to make it part of their plan to occasionally organise capacity building programmes for district youth officers as well as managers of youth organisations to enable them to perform effectively.

He charged district youth officers to be affable and also sharpen their lobbying skills to enable them to get sponsorship for their activities in their districts as Government alone could not sponsor all their initiatives.

Mr Seth Oteng, the Executive Director of Youth Bridge Foundation, expressed his appreciation to the UNDP for its assistance to the organisation and endeavouring to sponsor the research at the 10 districts as well as the stakeholders’ advocacy meeting.

He charged the youth to seek to be economically empowered and not to allow themselves to be used by politicians for their selfish desires.