For the introduction of innovative Public Relations campaigns and ideas to make the Ports of Ghana the most conducive, customer friendly and cost effective place for doing business in the Sub-Region, the Ghana Ports and Harbours Authority have been named the best Public Relations Organization among Ghana’s Public Sector Institutions.

The Ghana Ports and Harbours Authority has since 2014 mounted vigorous campaigns to make information on port and maritime activities accessible to Ghanaians through varying mediums.

In view of the above efforts the Institute of Public Relations at its 4th Excellence Awards and Presidential Dinner Dance awarded the Ghana Ports and Harbours Authority the Best PR Organization among all Public Sector Organizations in Ghana whiles the “Tema Port Integrity Campaign” an anti-corruption campaign initiated by the Ghana Ports and Harbours Authority won the Best PR Campaign of the year ahead of all the Telecommunication companies, the Banks and
indeed every other institution.

Among many others, the Port launched a campaign to tackle corruption and unethical practices within the Port called the “Tema Port Integrity Campaign” which incidentally was also awarded the best Campaign of the year ahead of other PR Campaigns by the Banks and Telecommunication Companies.

The Port also launched its “Informing to Reform Campaign” which also involved using several media outlets and platforms to engage the public on the dos and don’ts and the happenings in and around the Port. This led to a new programme on GTV and Metro TV called “Eye on Port” which brings to the notice of the Public every event taking place in the Port as well us educating the public on the right procedures in the Port.

“Save the Turtle Campaign” a wild life campaign that sought to protect marine turtles from being captured and eaten by residents of Tema, Accra and its environs was also launched which saw the rescue of over eleven marine turtles through the collaborative efforts of the Port Security and the Harbour Police Unit. The rescued turtles were all returned to the sea to save the endangered marine species from gradual extinction.

The Port Authority has also launched two major important stakeholder engagement platforms called the Port Community Association and the Port Advisory Committee. While the former deals with the basic engagement with the various stakeholder groups operating in the port, the later deals with taking decisions regarding corporate policies.

The Port has also intensified its public engagement through the mass media, with regular presence of the Director General on major radio platforms to listen to the concern of port users and addressing them. A fully furnished Port Community Television Platform has also been built which transmits information to the Port Community on daily basis for Port users to be abreast with their responsibilities and happenings in the Port.

According to the Director General of Ghana Ports and Harbours Authority, Richard Anamoo, “effective Public Relations has the power to transform the public sector and grow the nation”. He said even though the nation has not passed the freedom of information bill into law, but the Public Institutions should not have anything to hide hence utilize effective Public Relations systems to be accountable to the Public.

Speaking at the colorful award ceremony held at the Lapalm Royal Beach Hotel, the Special guest speaker and MD of Stanbic Bank, Alhassan Andani said it is about time Chief Executives of Organizations and even the State take responsibility of every Public Relations Construct and information that is delivered to the Public and ensure that the truth is always communicated to the world.

He added that the only difference between effective Public Relations and Propaganda is that while the former communicate existence of truth either in an organization or a country, the later portrays falsehood as truth.
Rev. Dr. Joyce Aryee who was crowned the Public Relations Personality of the year 2014 urged the Institute of Public Relations to do a cleansing of the P.R. Profession. But I think perhaps what we need to let people know is that doing P.R. is not a job but a mission” She asserted.

Speaking to the media after collecting the award on behalf of the Ghana Ports and Harbours Authority, the Public Relations Manager of G.P.H.A. Mr. Paul Asare Ansah said the Award will motivated the Port Authority improve on its Public Engagement in the coming years to make the Port Ghana’s Ports the best place for doing business in the Sub-Region.

The Director General of Ghana’s Port Authority however expressed joy over GPHA’s emergence as the best PR Organization of the year ahead of all Public Sector Organizations in Ghana and also winning the Best P.R. Campaign of the year for 2014. He said the award goes a long way to demonstrate that the Port Authority is prepared to be accountable to the people they are mandated to serve.

Richard Anamoo said when one is given the opportunity to serve the Public, the least you can do is respond to the needs of the people and regularly engage them with the truth.

We are a Public Institution and as Public servants we have nothing to hide prom the people we are mandate by law to serve and using effective strategies we intend to continuously engage members of the public who do business with the Port” Mr. Anamoo asserted.

He concluded that “the Ghana Ports and Harbours Authority intends to do more to be accountable to the Public and address all issues that bother port users and hope that very soon people will import items and without even coming to the Port, their cargoes will be delivered to their homes at reasonable cost and there will be people online to regularly answer the concerns of the Port users.” 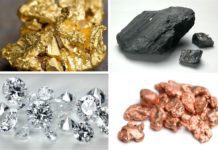 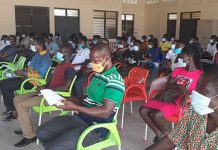