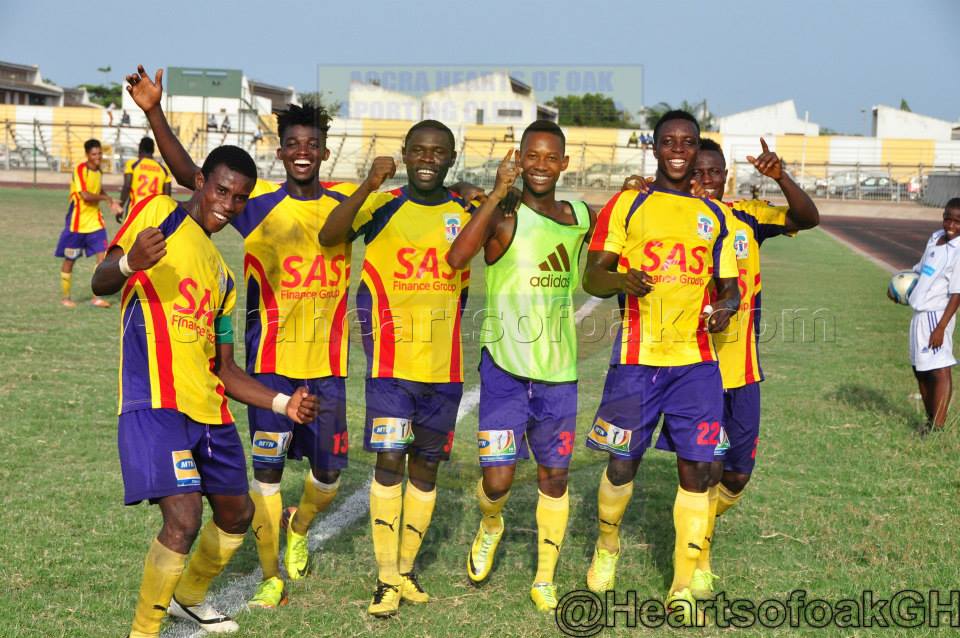 Accra Hearts of Oak progressed to the final phase of the qualifiers for the group stages of the Confederations Cup competition, despite losing by a lone goal to Athletic Club of Djoliba in the second leg of the competition at the Accra Sports Stadium. With a 2-1 victory over the Malians in the first leg in Mali, it was expected that the Phobians will ride on that to record another in Accra but Eric Kumi, Paul Acquah squandered several scoring chances.

The Malians on the other hand also had some begging chances but keeper Soulama Abdoulaye stood their way ending the first half goalless.

Both clubs continued to search in the second half, with Kumi gifted with an opportunity but he blasted it off in the 50th minute, whiles Falaye Sacko also had Soulama to beat in the 67th minute but delivered a feeble shot to deny his side the lead.

However, the Malians seemed to be more dangerous in attack and continue to pile pressure on Hearts in search of the opener.

Hearts lost much of the midfield battle to the visitors whilst the substitution of Gilbert Fiamenyo who was a constant threat to the Malians also gave them enough appetite to move forward for the opener.

Djoliba, succeeded in the 82nd minute when Seydou Diallo headed home a cross from Sacko to put his side ahead.

The goal saw Heart reeling under intense pressure as another goal from the Malians will have seen them out of the competition.

Hearts? Vincent Atinga and Philip Boampong were resolute in defence and protected their advantage till referee Mohamed Kegab of Libya brought the game to end.

CAF to waive all cautions after group stages