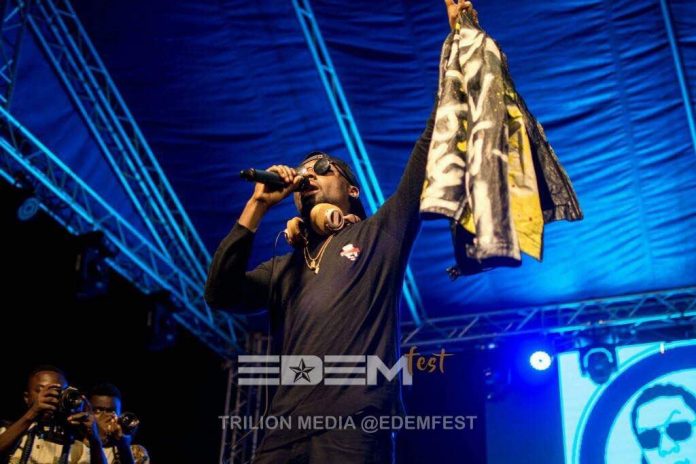 Being the first time he stepped foot in the Region, he engaged his fans for the first time performing songs from his catalogue and as well properly introducing his craft to that side of the country.

Teephlow is one of the fast-rising but promising Ghanaian Rappers who’ve gone through the tutelage of Veteran Ghanaian Producer, Hammer, of ‘The Last Two’ fame. He got well groomed under Hammer (just as his predecessors Kwaw Kese, Edem, Sarkodie, Tinny among others). He’s been working quite hard behind the scenes this year and reorganizing himself with some new plans and strategies for an upcoming album EP, soon to be released to close the year 2017.

His latest release “Phlowduction” has also been doing quite well on social media and with some good airplay.

Edemfest saw its maiden edition staged in southern Volta on November 3 on the Keta High Street with a whooping attendance of over 10,000 crowd. It had VVIP, Tinny, MzVee, Manifest, Gemini, Yaa Pono, Worlasi, Agbeshie and very notable names gracing the occasion with Edem.