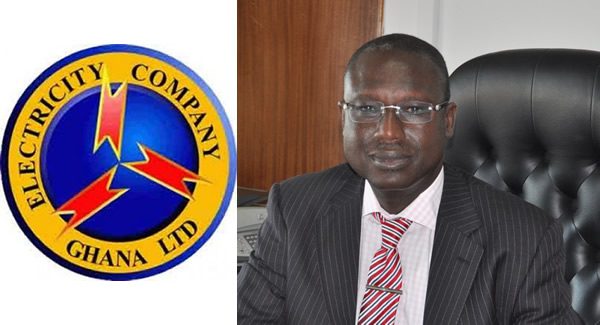 An International Finance Corporation (IFC) report has indicated that the Electricity Company of Ghana (ECG) losses about $350 million in revenue every year. It said on aggregate, technical, commercial and collection losses were around 35 per cent, implying an annual revenue loss of $350 million.

Each percentage loss is estimated at $1 million.

?This implies additional revenue of around $175 million would have been available if the company?s losses were halved,? a former Board Chairman of the State Enterprises Commission (SEC), Mr Francis Ocran, announced ?this in an interaction with the media in Accra yesterday.

This was when a Stakeholders Consultation Team on Private Sector Participation (PSP) in power distribution, headed by Mr Ocran met the media at the Accra International Conference Centre.

The meeting was aimed at soliciting views from the media on whether or not Ghana should adopt a concession and privatisation model in its bid to enhance efficiency in power distribution.

The country is currently grappling with power challenges, with individuals and businesses experiencing persistent power cuts almost on a daily basis.

Mr Ocran said because the ECG was experiencing both operational and net income losses, it was not in the position to fund its much-needed capital investment programme of GH?10.8billion over the next 25 years. This represents an annual average of over GH?400 million in real terms,? Mr Ocran noted.

Citing other aspects of the IFC report, Mr Ocran said ?a due diligence performed by IFC on ECG said the company?s technical and financial performance was poor and said for instance that on average, in 2012, customers suffered 106 interruptions, against an international benchmark of 10 per year.?

ECG, which is one of the largest power distribution utilities in Sub-Saharan Africa, has over 2.5 million registered customers and sells about 6,000 GWh of electricity per annum, Mr Ocran said.

Attributing ECG?s challenges to insufficient power generation to meet growing demand, transmission capacity constraints, a constrained and inefficient distribution system, among other issues, Mr Ocran said, ?Ghana loses about ?2-5 per cent of GDP annually as a result of lost economic output due to the insufficient and unreliable power supply.?

He said state institutions were also culprits in the ECG?s challenges, with the disclosure that they were currently indebted to the company to the tune of GH?700 million, and asked, ?what do you expect ECG to do??

Due to the foregoing challenges facing the ECG, the Millennium Challenge Corporation (MCC) is assisting the government with $498.2 million to enhance its power distribution across the country.

The MCC has indicated that the Compact funds will be in two tranches. Tranche 1 of about $300 million and tranche 2 of $198.20 million.

The disbursement of Tranche 2 will be determined by performance.

The Compact?s goal is to promote poverty reduction through private sector-led economic growth.

Mr Ocran explained that the goal of his team was to meet 17 stakeholder groups, including the media, to iron out all issues pertaining to the government?s resolve to turn around the operations of the ECG to meet the demands of domestic and industrial consumers.

He said ?power supply was identified as a key binding constraint to the country?s economic growth. Government, has therefore, signed a second compact, namely Ghana Compact II, through the support of the US Government/MCC to address the current challenges facing the power sector.?

Mr Ocran explained that ?the idea is to make ECG a credible off-taker of power so that Independent Power Producers have confidence in the company and that they will be guaranteed their revenue streams.??