Charles Kobina Akunnor, former Ghana captain and Ambassador for Ghana 2014 World Cup, has called on members of the Black Stars to apologise to President John Dramani Mahama for snubbing his call during the competition. 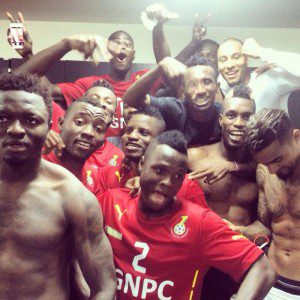 Players of the Black Stars are alleged to have snubbed the President when he tried to intervene in the appearance fee crisis in camp ahead of the Portugal game at the World Cup.

According to Akunnor, ?If indeed the players snubbed the President, when he wanted to talk them on phone, then I think they should apologise to him?.

?My Lord, there were rumours that the players were not prepared to speak to the President when he wanted to intervene in the crisis. If it is true then they have to render an unqualified apology to him.

?They will soon come home to prepare for the game in Morocco, they should take the opportunity to apologise to the father of the land?, he told the Justice Senyo Dzamefe Presidential Commission of Inquiry on Monday.

Akunnor, also has revealed that, he and Augustine Arhinful, were given popular stand match tickets, for the World Cup match against United States of America (USA) instead of VIP tickets.

He said ?As per our role as Ambassadors, we thought we will be given VIP tickets, but to our surprise, we were given popular stand tickets.?

?The idea of taking us to the World Cup as ambassadors was good, but those who executed the task did not do it will. We were compelled to sleep at the airport after the second match against Germany in Fortaleza.?

According to him, though they were ambassadors, they did not get closer to the team while in Brazil.