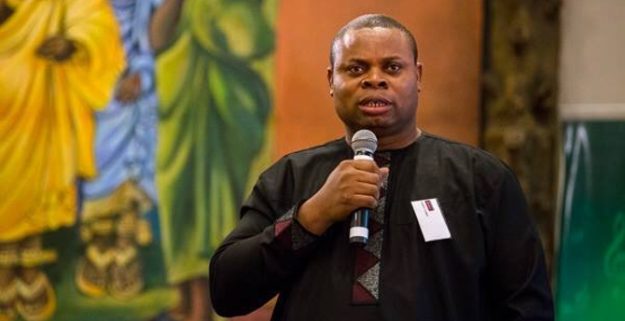 I am writing this rejoinder nearly 24 hours after I read the news article in which Mr. Franklin Cudjoe, the Founder-President of IMANI-Ghana think-tank (the reporter called Mr. Cudjoe’s establishment IMANI-Africa), apologizes for both former President Dramani Mahama and those operatives of the extant Obama Administration who negotiated for the transitional resettlement of Messrs, Mahmud Umar Muhammad Bin-Atef and Khalid Salih Al-Dhuby in Ghana. The duo had been held in the custody of the United States’ Military at Cuba’s Guantanamo Bay Maximum-Security Prison for 14 years, each, on suspicion of having links to the 2001 Al-Qaeda-engineered attacks on New York City and other parts of the American Northeast (See “ ‘Secrecy’ in Gitmo 2 Transfer was Necessary – Franklin Cudjoe” Citifmonline.com / Ghanaweb.com 6/25/17).

This is rather bizarre because until I chanced across this embarrassingly apologetic news story, I had not known or been aware of Mr. Cudjoe’s serving as an agent of the American government in Ghana. The IMANI-Ghana think-tank capo tells his audience that he was personally contacted, at least twice, by government operatives in Washington, DC, about the imminent resettlement of Messrs. Bin-Atef and Al-Dhuby in the country. So how come the Parliamentary Opposition Leaders and, indeed, the topmost parliamentary majority leaders and their ranking opposition counterparts were not either jointly or severally informed about this most highly sensitive deal? But even more importantly, what is the procedure for registering Ghanaian citizens, such as Mr. Cudjoe, who are clearly foreign agents in the country, so as to alert our national security agencies about some of these pontifical characters who are publicly and officially parading themselves as public policy experts but are, in fact, agents of some foreign governments?

Well, now that he has publicly identified himself as a foreign agent, it may also be significant to investigate the funding sources of the IMANI think-tank, and the impact that such funding sources has on the general orientation and the quality of data and policy analyses churned out by the Cudjoe Gang.

I personally don’t doubt for a split-second that some activities of Ghana’s government, as also the American government, are highly sensitive and ought to be deemed as classified for purposes of national security. Nevertheless, it cannot be gainsaid that if a salutary culture of transparency and accountability is to prevail in the way and manner in which our government and public officials conduct the people’s business, then, by all means, let those with clearance be in the know about such highly sensitive or classified information, which is the topmost parliamentary leaders from both sides of the aisle, as it were, vis-à-vis any seismically far-reaching decisions as the government of the day may take in the name and on behalf of the people. I really don’t think that this is too much to demand, by way of transparency, accountability and responsible governance.

The case is also bizarre because Mr. Cudjoe, himself, says that if the decision to resettle the Gitmo 2 had been made public by way of a plenary parliamentary debate, congressional representatives from the United States would have swamped the country to prejudice the minds of Ghanaian citizens against the resettlement of the Saudi-born Yemeni terror suspects. Now isn’t it strange for Mr. Cudjoe to tell us that American politicians may be more concerned about the security of ordinary Ghanaian citizens than our own elected leaders and policy wonks?