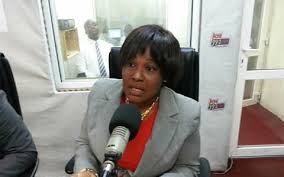 The Public Utilities Regulatory Commission (PURC) has declared its intention to sanction the three power providers for their inability to make available to the public information on the current supply of power in the country.
The commission has communicated its intention to the Volta River Authority (VRA), the Electricity Company of Ghana (ECG) and the Ghana Grid Company (GRIDCo). The three providers have up to Thursday to explain to the PURC the nature of supply and their inability to make available ready information on the total megawatts being shed.
The Director of Public Affairs and External Relations at the PURC, Nana Yaa Jantuah, told the Daily Graphic in Accra that the providers? decision to plunge vast areas of the country into total darkness without prior information to the public was unacceptable.
“They are keeping consumers in the dark by not giving them the opportunity to plan ahead,” she said, adding that the quantum of 230-250 megawatts being shed was also of concern to the PURC.
Conflicting information
Ms Jantuah noted that PURC regulations required that suppliers must update consumers periodically, particularly in the conduct of load-shedding and other activities that were likely to affect consumers.
The providers, she said, had, however, provided conflicting information, ranging from generation problems to maintenance issues.
Load-shedding timetable
The ECG, in March this year, released a load-shedding schedule following shortfalls in power generation.
While the VRA, at that time, blamed the supply of gas from the West African Gas Company (WAPCo) for the generation shortfalls, in April this year the providers announced a marginal improvement in power generation, raising high the hopes of consumers.
However, consumers? hope of having a constant supply of power has been dashed, as supply over the past weeks has remained epileptic in nature.
This has left consumers in a limbo, with information from providers being at large.
Response
The Corporate Communications Manager at the VRA, Mr Sam Fletcher, said while the April load-management timetable was still in force, that for May was yet to be made public by the ECG.
He, however, wondered why the PURC would be talking about sanctioning the providers when the commission was already in the know about the challenges facing providers.
“We provide it with reports on a daily basis, so it should not be talking about not knowing what is going on,” Mr Fletcher emphasised.
ECG
In an interview, the Head of Public Relations at the ECG, Mr William Boateng, stated that the load-shedding exercise, which was announced in March this year was not yet over.
He said the exercise was still going on adding, however, that the timetable to inform consumers as to when they should expect power outages had not been followed and reviewed yet due to the erratic power to be shed from GRIDCo.
He said the power generators continued to face challenges, including the shutdown of some machines for repairs and the high demand for electricity.
However, Mr Boateng explained that GRIDCo?s directive to the ECG concerning the number of megawatts to be shed was erratic, thereby making it difficult to make any projections and plans.
?GRIDCo should give us projections of the amount of power to shed, so that we can plan a timetable,? he stated.
Nonetheless, he said, the various stakeholders would meet within the week to discuss the directive by the PURC and come up with a timetable to inform the public.
Source-Graphic