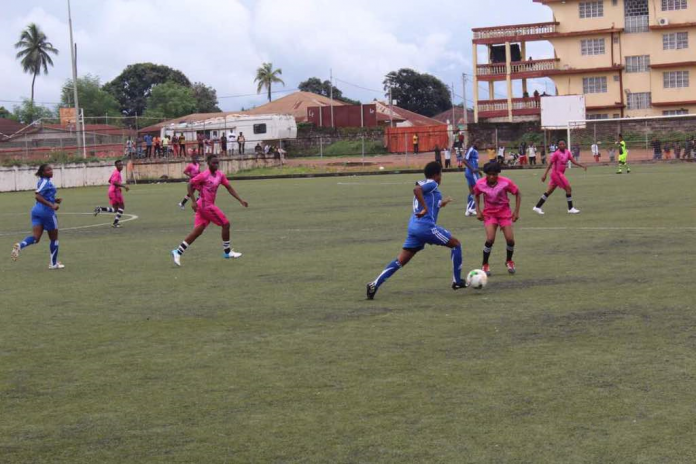 The travails of Isha Johansen have been documented over the last few months as the simmering crisis in Sierra Leonian football gathers momentum. The state of the game in the country does not reflect the dearth of natural talent that abounds in this crisis laden nation and global football authorities should sit up and act so that the biggest beneficiaries of a stable sports nation – the Sierra Leonian youth – don’t lose on good opportunity to progress their lives and bring honour to the nation.

Johansen is a woman, and she has seemingly fought for the women’s game to be prominent in her country. This has led to her engagement in various fora of international women and administrators, where she has held her own and made her voice heard.

Her gender, coupled with her voice has also led to her being installed as a member of a powerful committee in FIFA and also elected as a member of CAF Executive Committee. She is now also the Chair of the Organising Committee on Women’s Football.

Johansen believes that charity should begin at home, and is doing everything in her power to bring local football back where it should be. ‘Of course it’s been a tough journey and there’s nothing I want more than to see the local game start again’, she said recently. ‘What right do I have to advocate global growth when my home front is not working? I think this too, and people will be right to think it, and that’s why I’m fighting against all forces to ensure that we raise the local game’.

Women’s football has suffered over the years and growth of the game in the West African region has not been mirrored in Sierra Leone. But this is not from lack of trying. ‘We are doing all we can. Remember the days when Sierra Leone women will do all to go for matches and still get hammered 9-0, 10-1 in matches – ridiculous score lines that could not possibly have given encouragement’.

Lately though, there’s been progress. After signing a cooperation agreement with Morocco’s football federation, Johansen raised a team of Under-20 women and went to Morocco for a friendly match which was tight but in which her wards were subdued 2-1.

‘For me, this is progress. For once we did not go to a country and get rolled over. We actually competed and showed that with more exposure, the future is bright for our girls’, the embattled administrator stated.

This weekend, the nation’s Under-17 women’s team will be engaging The Gambia in a FIFA U17 Women’s World Cup qualifier and how that game will actually be prosecuted still remains a mystery even to Johansen.

‘Any international match requires funding. This one is no exception, yet we don’t have the funds to host it,’ Johansen says, ‘but one thing I can tell you – that match will hold, and we will remain on track to build the women’s game right from the youth level’.

There are unconfirmed reports that the government of Sierra Leone, through its Sports Ministry, have refused to provide funding for the upcoming game, owing to the tripartite rift that is ongoing between Johansen on one side, the government on another, and FIFA regarding the various issues of conflict that’s preventing elections for top offices in the SLFA from holding.

These reports have been denied, but the hard fact is that nothing has been forthcoming from government to prosecute this match.

‘I don’t want to be drawn on the specifics’, Johansen said when asked about the refusal of government to cooperate. ‘The Sierra Leone/Gambia match is a national game. I’m sure everyone knows their role and I believe that the overriding national interest will prevail and the game, among many others in time, will hold. We certainly will not allow the local game to suffer on the grounds of personal in-fighting and squabbles. That’s not what I stand for’, she clarified.

The dynamics of the Sierra Leone situation is intriguing and can be worrying, but we watch this space and hope that sanity and common sense will prevaIl and the youth of the nation will be allowed to grow, through football.