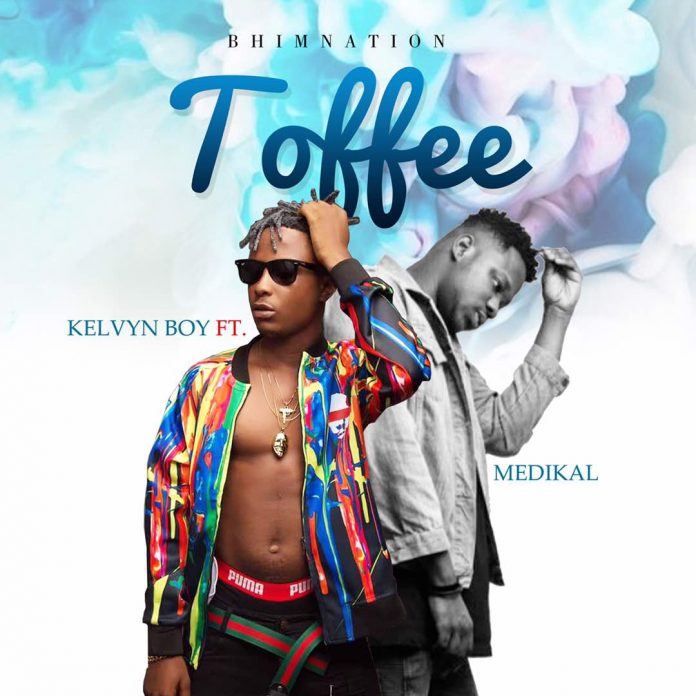 Kelvyn Boy, newly launched (Ghanaian) artiste to Stonebwoy’s Management (BhimNation), drops a 3rd one titled “Toffee”. He features the AMG’s #Disturbation Rapper, Medikal, on it. The natural synergy by both artistes in good sync with Monie Beatz fed off a classic song which can play at any time of the day. It was mixed by Possi Gee. The radio-friendly song is an urban Afrobeats jam with catchy melody from Kelvyn Boy as always.

He is managed by Stonebwoy’s Burniton Music Group (BhimNation). He released 2 singles in the past 2 months titled “Pray” (Forever Riddim) and “No War” respectively. Kelvyn Boy, though young, is a seasoned musician who has played for years with live band and is quite familiar with live sets on stage and rocks the stage well to near perfection.