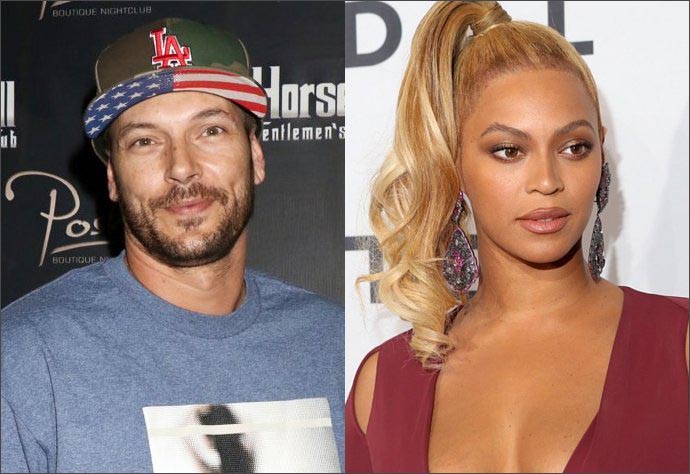 No one thought Kevin Federline and Beyonce Knowles would go in the same sentence. The former just bashed the latter out of no reason, saying she had botox and plastic surgery for her good look.

Federline took it to Twitter on Sunday, November 22 to comment on Beyonce’s look when attending Canelo Vs. Cotto boxing match in Las Vegas on Saturday. While many including blog site Terez Owens praised the 34-year-old superstar’s good look, Federline begged to differ. “She looked botoxed,” Federline tweeted in response to Owens’ tweet.

Federline did not stop there. The former husband of Britney Spears added, “So sad when a beautiful woman chops and screws her face up with Botox and surgery.” And for those, the 37-year-old received many backlashes from Beyonce’s fans. Many of them criticized his reputation of leaning on Spears’ fame and fortune back in 2004.

“@kevinfederline so sad when a boy takes a woman’s hard earned money,” one Twitter user wrote. Another took a jab at Federline’s weight gain, writing, “@kevinfederline Sad when the only beauty in a man is in his body and he screws it and fills it w/ so much fat in it .” Some even posted Spears’ photo and wrote, “@kevinfederline boy you have a kid with this, whew are you trying to come for?”

Federline was married for three years to Spears and has two sons with her. He was her background dancer prior to their relationship.