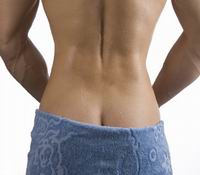 ?It appears that not all orgasms are created equally,? says Tobias S. K?hler, MD, MPH, an associate professor at Southern Illinois University School of Medicine in Springfield.

Sure, it?s low-risk. It?s the safest form of sex possible. No one ever caught an STD from himself or made himselfpregnant. But like other low-risk activities (chewing, walking), it still has some risks.