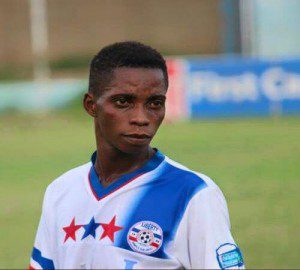 Whizkid Latif Blessing has called on Liberty Professionals to make up their minds whether they want him to stay or join TP Mazembe.

The 17-year-old has emerged strongly on the radar of the African champions after impressing heavily for the scientific soccer lads.

The youngster is being courted as a replacement for departing compatriot Solomon Asante.

But the wideman has urged Libery to decide on his future.

“The first time I heard the news frankly speaking before God and man I cried. I have not been contacted,” he told Accra-based Starr FM

“But, it would be good to replace Solomon Asante, a player of his caliber but currently, I have a contract with Liberty Professionals so it’s up to Liberty.”

Asante is believed to be closing in on a $2 million move to Chinese Super League side Beijing Guoan.