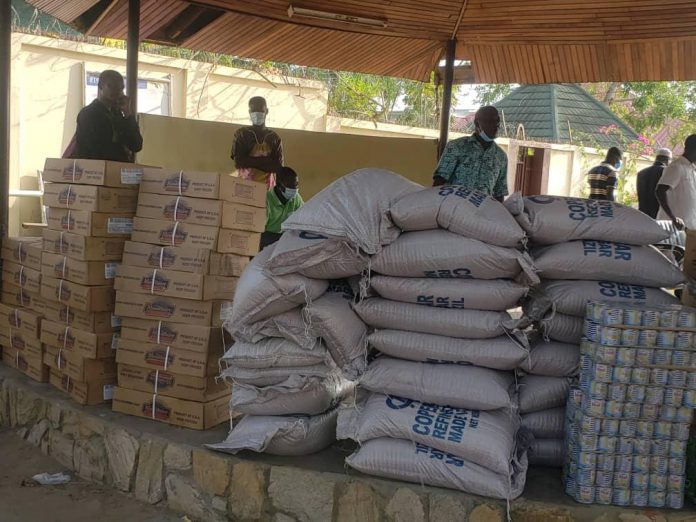 Mrs Adwoa Amoako, Tema West Municipal Chief Executive, has urged residents to continue leaving cordially with each other irrespective of their political and religious affiliations.

Mrs Amoako said Ghanaians were one people and the country abhorred discrimination, therefore, it was important that such a harmonious relationship among residents would be sustained to promote development in the area.

She said this when she presented some food items on behalf of the Tema West Municipal Assembly (TWMA) to Muslims in the eleven electoral areas in the Municipality to cushion them in the Ramadan period.

“Ghana is a country that there is no discrimination, we are all one people so let’s continue leaving in peace with each other,” she stated.

Touching on the reasons behind the presentation, she indicated that it was important that the Assembly joined the Muslim community to celebrate their religious festival as they had always been one of their development partners.

She called on Muslims across the country to use the occasion to support the government’s effort to fight illegal mining in Ghana as the practice was destroying the country’s arable lands and water bodies.

Alhaji Afif Armarh, Deputy Imam for Kotobabi Number two, thanked the Assembly for the gesture on behalf of the Muslim Community of Tema West and reiterated the need to leave peacefully with each other.

Alhaji Armarh reminded Muslims that Islam in the Arabic language meant peace, therefore, any Muslim who did not cherish cordial relationships had lost an understanding of the religion.