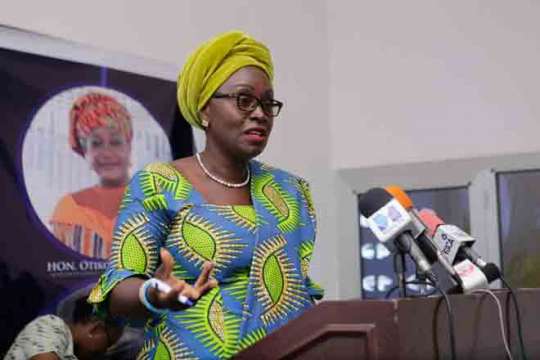 The Member of Parliament for Abuakwa North Constituency, Ms Gifty Twum-Ampofo has called on aspirants who have picked nomination forms in the Constituency to go into the upcoming primaries of the New Patriotic Party (NPP) with decorum.

According to her, the primaries is an internal affair, so it was important to go into the elections devoid of insults and name calling.

Ms Twum-Ampofo made this statement when she picked her nomination forms at the Abuakwa North Constituency office of NPP at Kukurantumi.

She advised that the campaign should be based on issues so that the delegates and the supporters will know the vision of the contestants and what contribution they intended to give to the people of Abuakwa North to contribute to the development of the area.

She said, she was optimistic that she was going to be voted for to represent the people of Abuakwa North on the ticket of NPP come the April 25 primaries to continue the good works she started in the Constituency.

Mr Oheneba Ofori Atta, the Chairman of the Abuakwa North Constituency Elections Committee, urged all the aspirants to have patience and go by the guidelines given, and when the time was due, they should come and submit their forms.

As at the time Ms Twum-Ampofo picked her nomination forms, three other aspirants had already picked their forms. They are Mr K. Amoah Junior, Mr Kofi Obeng Mensah and Nana Serwah Acheampong.