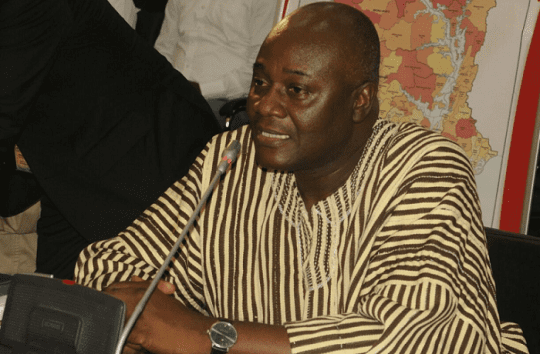 Mr Dan Kwaku Botwe, Minister for Regional Re-organization and Development, has stated that he does not support calls for the December 17 Referendum to be postponed because it will cost the nation additional money to run it later.

The best option, he said, was to run it alongside the election to select district assembly and unit committee members.

Speaking to the Ghana News Agency in an interview, the Member of Parliament for Okere, said unfortunately his position on the matter had been misinterpreted by a section of the media to mean that he wanted the Referendum called off.

“My view is that to postpone the referendum and schedule it for another date would be too dear for the nation, so we should either have it as planned or never, but I am all for this referendum to be held on December 17, ” he emphasised.

The Referendum is for Ghanaians to decide whether the election of Metropolitan, Municipal and District Chief Executives (MMDCEs) as well as other District level Elections (DLE) should be run on multi party lines or not.

Some individuals and groups, including the opposition National Democratic Congress, have said they would campaign for a No vote because partisan politics would breed acrimony, disunity and conflicts at the local level.

Others, such as the Christian Council, have also called for the postponement of the Referendum to allow for further voter education on the concept and extended stakeholder consultation.

However, Mr Botwe said it was unfair to demonise multi party politics because it deepened democratic governance, accountability and the rule of law.

Besides, Ghana had proven since 1992 that it was capable of holding peaceful multi party elections.
The engagement processes leading to the Referendum also started years ago, he said, with a broad stakeholder acceptance.

Other proponents have also argued that political parties’ involvement in the selection of local assembly chief executives would end the despondency that afflict minority parties in the current system of the ‘Winner Takes All’ because they could win some of the positions at the district level.

“Once the Referendum is part of the assembly elections, the cost would be minimised because the same processes and procedures would be used, with the exception of the ballot papers,” Mr Botwe stated.

The Minister, therefore, urged Ghanaians to embrace the Referendum and endeavour to exercise their franchise on December 17 in the national interest; and also to ensure that the President’s intention of making participatory democracy practical at the grassroots level became a reality.

I’m not to blame for disenfranchisement in Oti – Dan Botwe

Dan Botwe expresses gratitude to all

Do you want Political Parties to participate in District Level Elections?