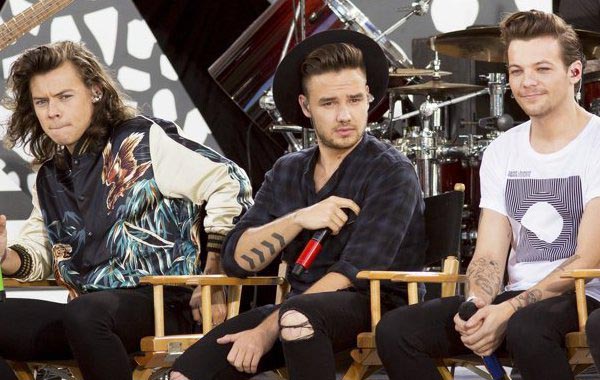 Liam Payne is under fire after he told Attitude magazine that fan rumors about Harry Styles and Louis Tomlinson having secret romance were ?nuts.? His comment was interpreted as being disrespectful and unaccepting of fans? actions.

In an interview with the magazine, Liam said, ?When the law changed in the U.S. there were loads of rainbow flags flying at our shows, but I think that was mainly because people think of the Louis and Harry thing [that they?re secret lovers], which is absolutely nuts and drives me insane.?

As to why the One Direction singer said it was ?nuts,? he explained, ?It?s like when you know the ins and outs of what is going on with people it?s just annoying when it?s so stupid. It becomes like a conspiracy or like a cult, the people that watch them and think that every move they make is a gesture toward them being together, and I know it?s not true and it makes me mad.?

Liam recalled his experience getting tagged on some sexually-explicit pictures posted by fans on social media. ?I get tagged in drawings of Louis and Harry being together,? he said. ?I remember one time I was sitting next to my dad and I see this picture of me on top of Niall [Horan], which was quite intimidating. It?s just really weird to have people drawing these sexually-explicit pictures of us in strange situations.?

Some fans were unhappy after learning of Liam?s comment. One of them wrote on Twitter, ?I just want to let you know a lot of people are angry that you?re assuming rainbow flags are just for Larry when they aren?t.? Another fan said, ?The shoot doesn?t even matter in this topic[,] it matters on what you said in the interview that offended us.?

Liam was quick to respond to the backlash on the social media. He tweeted, ?It?s funny I thought people appreciated honesty these days.? Unfortunately, after his tweet, he was accused of playing ?the victim? while he was actually the one who made the ?offensive? statements.

Liam subsequently wrote, ?Can see people saying I?m playing ?the victim? I don?t feel even 1% a victim at all I had a wonderful time doing the shoot ?? He closed his series of tweets as saying, ?And [I] am blessed with the best job in the world massive thank you to @AttitudeMag for having me along and for everyone who enjoyed reading.?