The Ghana Football Association (GFA), has appointed Maxwell Konadu, as the acting head coach of the Black Stars, as the football controlling body hunts for a new substantive coach. 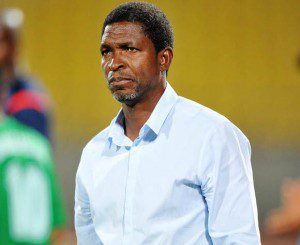 According to a statement from the GFA, Konadu will be assisted by Professor Joseph Mintah, who doubles, as the Psychologist of the team.

Coach Konadu, has been the assistant coach of the Black Stars during the period coach Akwesi Appiah and recent Avram Grant.

He is expected to be in charge of the team until a new coach is appointed for the Black Stars by a six-member committee.
GNA/Newsghana.com.gh