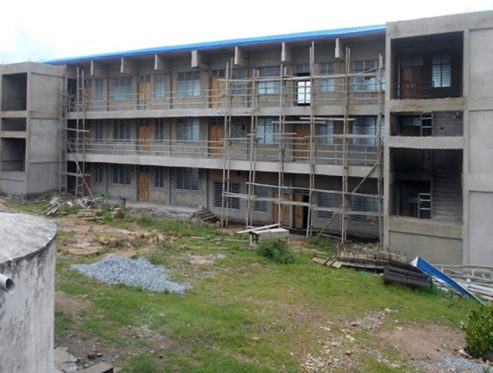 Government has been called upon to as a matter of urgency, complete the Ghana Education Trust Fund (GETfund) school projects abandoned in the various second cycle institutions to help ease congestion. 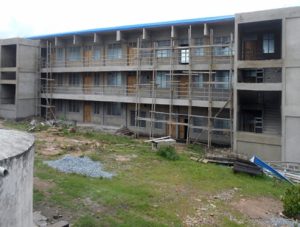 Many of the projects include classroom blocks, dining halls, Libraries and dormitories.
Mr Kobina Bedu -Addo, Spokesperson for the 1989/91 year group of the St John’s School in Sekondi in the Western Region, made the call when the year group handed over a refurbished ground floor of a two unit three story building to the school on Friday.

According to him the two unit three storey building was initiated in the Kufuor administration but had failed to see the light of the day.

Mr Bedu-Addo said as a result the year group raised GH₵ 20, 000 to put the ground floor of the facility in a habitable shape to accommodate the ever growing student population.

He said the group worked on six class rooms by providing electricity, wire mesh, louvres, paint and levelled the floor.
Mr Bedu-Addo said when the project was completed it would ease congestion and overcrowding in the classrooms.

He said it was imperative for such unfinished projects to be completed in good time to reduce pressure as well as ensure congenial atmosphere for learning.

Mr. Anthony Jonathan Mensah, the Head Master of the School said the facility had very dusty floors, dirty wall, with no Louvre frames and blades.

“Our deepest appreciation to the 89/91 year group for thinking about their younger ones and committing their hard-earned resources into serving their Alma mater,” he said.

HD+Keteke Roadshow was in Takoradi for Easter