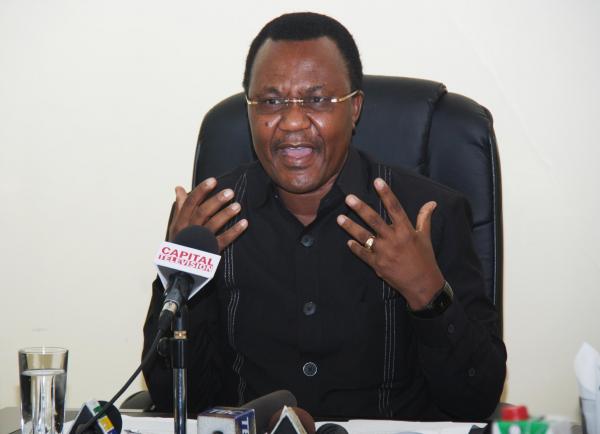 The Minister for Lands, Housing and Human Settlement Development, Mr William Lukuvi, said here at the weekend that since the government has tasked the Corporation to construct houses almost in all districts, that task won?t be accomplished if land is not available.

Mr Lukuvi who was in Mwanza Region for three days visit, laid a foundation stone for the low cost houses project at Buswelu area, targeting to construct 32 houses worth 3bn/-.

?We have come to discover that some of the district councils refuse to release land for the projects instead build their own houses that are very expensive.

NHC has been tasked to make sure the houses are affordable and we will empower it erect many such units as possible,? said the minister.

The minister challenged districts in peripherals to retain their staff and improve lives of its people by having permanent and modern habitat programmes by allocating land for NHC projects to take off.

However, Mr Lukuvi was uncertain whether the so called low cost houses are easily afforded by the targetted occupants challenging NHC to make sure its houses becomes really affordable.

He said the firm has to maintain the arrangement with banking institutions and guarantee for provision of loans to the potential buyers of its houses, since very few can afford cash payments.

Briefing on the project, the NHC?s Director for Business Development, Mr David Shambwe, said the Buswelu low cost houses project started in January, last year and is set for completion by September, this year.

He said the first phase of the project has seen the construction of 30 houses, while the second phase scheduled for May will see 32 houses with storey and each erected house will have three bedrooms, sitting room and a store.

We therefore ask for the Ilemela Municipality to facilitate for the construction of road infrastructure which is in bad shape,? he said.

Mr Shambwe could not mention the unit price of the new houses, promising to announce them as the houses are fully completed upon installation of all the facilities including water and electricity, among others.