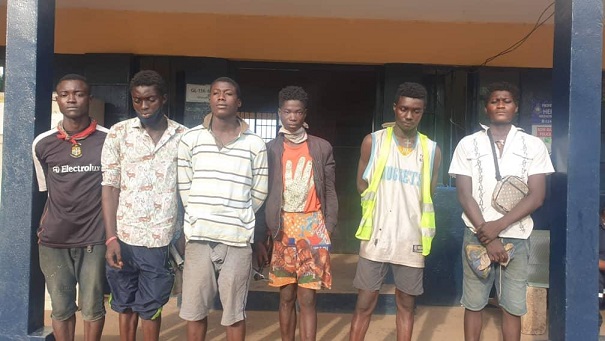 Nine persons have been arrested by the Airport Police for persistent harassment of motorists along some traffic intersections within the Airport Division.

The Divisional Police Commander for the Airport Division Chief Superintendent Mr. Bismark Agyapong, led a team of officers on June 23, 2021, on the operation which targeted loitering youth at major traffic intersections begging for alms.

Deputy Superintendent of Police (DSP) Effia Tenge, Head of the Accra Regional Police Command’s Public Affairs Unit, told the Ghana News Agency that, “sometimes these beggers become aggressive when drivers and other road users fail to give them alms and end up scratching their vehicles with metal objects, hence their arrest”.

DSP Tenge said the suspects were in police custody under screening and those found culpable would be put before court.